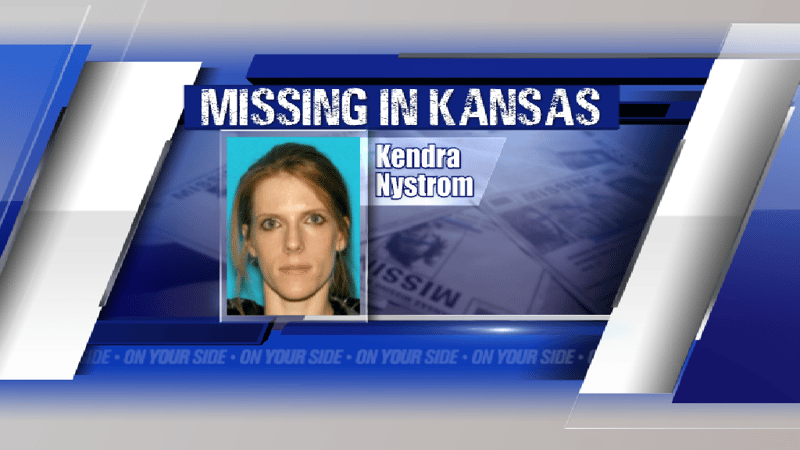 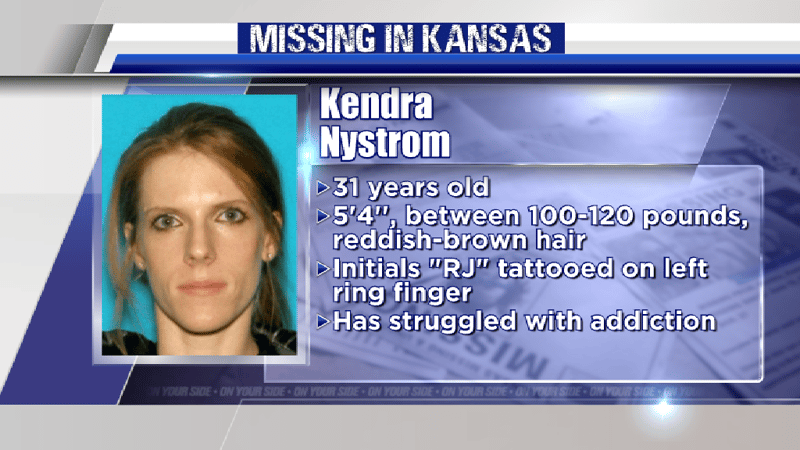 A weekend search for a missing Maize woman turns up empty, but police said they will continue to move forward with the investigation.

Texas Equusearch’s: Kansas Chapter helped with a public search for Kendra Nystrom last weekend in Sedgwick County. About 30 people helped look for clues as to what happened to Nystrom, who was last seen on May 4, 2017. She was seen walking away from her parents’ home near 29th Street North and 119th Street West. She was out with her dog, but she left personal items behind, like her ID, car and cell phone.

"After months of searching, we now believe it is highly probable that Kendra's disappearance was not voluntary and, with regret, we believe that she is likely deceased," Maize Det. Jeff Piper said to KAKE News.

When asked how this search turned out, Piper said the group yielded negative results. The search group includes volunteers who searched for Lucas Hernandez earlier this year. They’ve been chartered as a part of Texas Equusearch, which has helped investigate many high-profile missing persons cases. The group is not giving up hope, said volunteer Julie La Force.

“Kendra’s been missing for over a year now, “La Force said. “We need to start turning our focus onto her. We can’t let her slip through the cracks. She’s like all the other ones who are slipping through the cracks as well. We found out that, through Lucas, that the more you keep them in the headlines the more attention comes out. Possibly new leads can come out.”

Nystrom has a large family, and they’ve also helped assist with the search, La Force said.

In September 2017, a neighbor captured an apparent altercation about a mile-and-a-half from her parents’ home. Police were looking to speak to a man and a woman who were seen on camera on May 10, 2017, near 37th Street North and 135th Street West. They have not found the people involved.