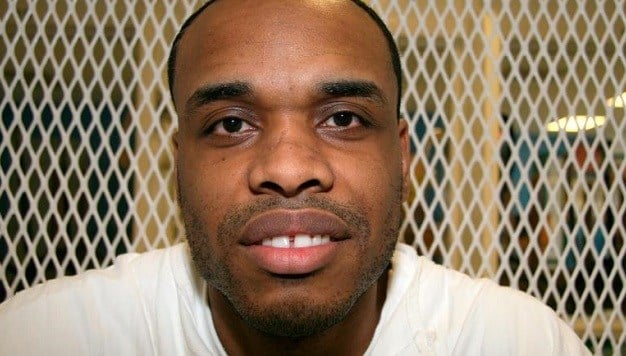 He was pronounced dead at 6:38 p.m., according to the Texas Department of Criminal Justice.

Texas has executed eight inmates, the most of any state this year. Before Young's execution, there had been 12 people put to death in the United States this year, according to the Death Penalty Information Center.

The victim's family opposed the execution of Young, who at age 21 shot Hasmukh Patel, a 55-year-old store owner, during a robbery in November 2004. The Patel family supported clemency to spare Young's life.

Young's final statement was: "l want to make sure the Patel family knows I love them like they love me. Make sure the kids in the world know I'm being executed and those kids I've been mentoring keep this fight going. I'm good, Warden."

With legal options running out on Tuesday, Young's lawyers had been seeking a 30-day reprieve from Texas Gov. Greg Abbott.

Last week, Young's request for clemency was rejected by the Texas Board of Pardons and Paroles. His lawyers had filed legal challenges, arguing the fact their client was black played a role in the board's decision to deny him clemency.

The victim's son, Mitesh Patel, also had expressed disappointment in the board's ruling.

On Monday, he visited Young in what he described as an emotional meeting for both of them. Patel said he felt "a sense of sadness" after their meeting.

"I really do believe Chris Young today is not the person he was 14 years ago," he said on Monday. "It's really unfortunate that the board didn't hear our request for clemency. I feel sadness for his family. They're going to be walking down the same path my family has been on the last 14 years."

Patel said he didn't always feel that way. Initially, when Young was sentenced to death more than a decade ago, Patel said he felt that justice was being served.

Hasmukh Patel, who was killed in 2004, stands inside his food mart.

But recently, Patel's stance began to change as he began to reflect on the values his father had taught him.

"Two wrongs don't make a right," Patel said. "Killing Chris doesn't change my path, my history. It only affects a whole other set of people."

"The biggest thing that drove me to change was that [Young is] actively involved in [his] daughter's visits. He's trying to be a good father. Being a father myself, and having lost a father, I don't want someone to go through life without a father."

Patel said he believed Young when he expressed remorse about his father's killing. While some victims' families choose to attend the executions, Patel said he would spend Tuesday night with his family.

Sister Helen Prejean, the anti-death penalty activist, also weighed in on the case.

"I've often heard the argument that executions bring closure and justice to victims' families. What about families who don't want an execution? They are ignored by prosecutors, judges and politicians. Where's the justice for them?" she tweeted.

Young told CNN affiliate KSAT that during his days behind bars, he spoke to youth brought by his aunt from church and mentored them, deterring them from the path he took.

"The only way to triumph over death is making your life a masterpiece," he told the station.