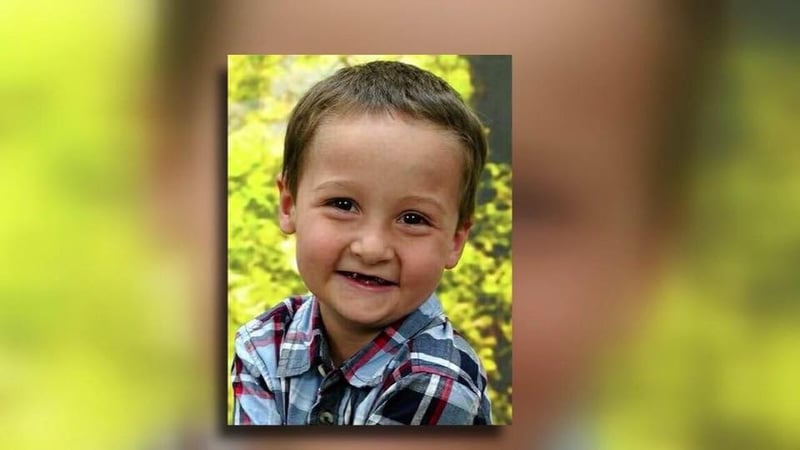 Members of the Wichita community gathered Saturday to pay their last respects to Lucas Hernandez at a memorial service.

The memorial service at the Wichita State Metropolitan Complex began at 1 p.m. and was open to the public The venue can fit in more than 2,000 people into several viewing areas.

Local religious leaders who oversaw the ceremony knew what they wanted to convey to the people on hand.

"The focus to be on Lucas’ life and not just the past several months,” said Father Terry Hedrick.

“Lucas is safe in the arms of Jesus…and death does not have the final word in his life," said pastor Jeff Gannon.

During the celebration of life ceremony for Lucas Hernandez Julie La Force read an emotional letter from the volunteers that week after week searched for Lucas.

"While we were able to give you Lucas’ family our time and efforts along with the promise that we would never stop looking and never forget in return you gave us the gift of Lucas," said La Force.

Tim Miller of “Texas Equusearch” gave the audience a very candid, raw speech where reality was the focus.

"I don't know if I am prepared for this, I don't have the words of comfort that the pastors have," said Miller.

Speaking with Miller after the ceremony we asked the one question that everyone is asking. With Emily Glass taking her own life will the family, the community ever come to terms with what actually happened? For Miller and for all those watching the Lucas Hernandez saga will be more of a mystery than anyone can truly comprehend.

“I don't think we will ever know, and you know what? I think if we ever really know it still wouldn't satisfy our mind. Because everyone would be asking that question well why?"

Lucas' mom, Jamie Orr, and his father, Jonathan Hernandez, were both on hand for the celebration of life service.

Organizers telling us the parents watched the service from a private room.

The media was asked not to approach the family for comment on the service.

We at KAKE-TV respected that wish during the time of grieving.