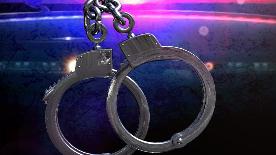 Chicago police are investigating an incident in which officers handcuffed a 10-year-old boy while he was being questioned about a gun, and the child's family says it was a case of mistaken identity.

Cellphone video recorded last Friday shows the boy in front of a patrol car with two officers facing him.

One of the officers tells a nearby adult that the boy started running when they arrived and "that's why he's in handcuffs."

The boy is seen crying as one of the officers later removes the handcuffs.

His mother, Starr Ramsey, told WMAQ-TV she wants answers and that her son is "scarred."

The Chicago Sun-Times reports that Police Superintendent Eddie Johnson says the officers got a call that a boy age 10 to 12 was passing around a gun. He says they followed "all of the rules and protocols" but an internal investigation is being done to make certain of it. He says he sympathizes with the family.