'Look before you lock': Officials warn parents after 9 kids die in hot cars 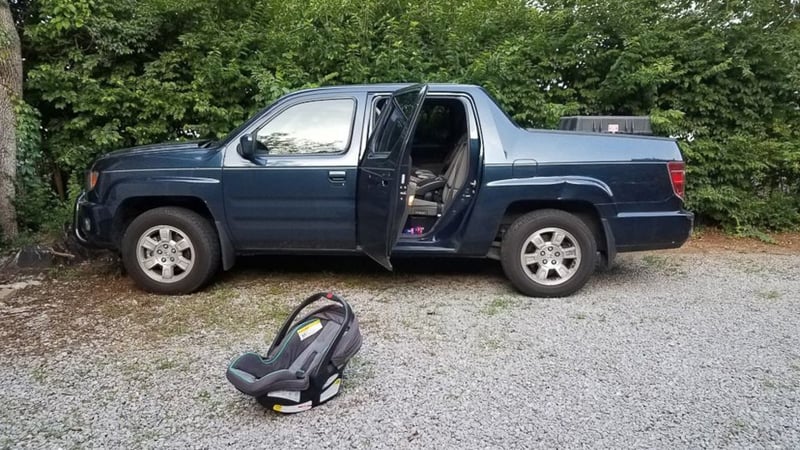 At least nine children across the U.S. have already died this year after they were left in hot cars -- and summer hasn't even started yet, according to a new report published by the National Safety Council today. Officials are concerned that as temperatures continue to climb, so could the death toll.

"Our children are our most vulnerable passengers and we cannot leave them alone in vehicles –- not even for a minute,” said Amy Artuso, the group's senior program manager of advocacy. “This report should serve as a wake-up call to look before we lock."

Children's bodies heat up much faster than adults' do, and on average, 37 children die from being left in hot cars each year, according to the National Safety Council.

Children's internal organs begin to shut down once their core body temperature reaches 104 degrees -- and it takes very little time for a car to get too hot for children, according to the report.

Baby dies after being left in hot car; dad says he forgot infant was there

Twin infants dead after being left in hot car for hours

On an 86-degree day, for example, it would take only about 10 minutes for the inside of a car to reach a dangerous 105 degrees, researchers said.

Earlier this week, 9-month-old Maria Solorio died after she was left in a pickup truck near Houston on a day when the temperature reached 91 degrees.

"Each parent said they wrongly assumed that the other" took the baby girl out of the car, according to the Harris County Sheriff's Office.

No charges have been filed at this point in the Solorio case, the sheriff's office said Wednesday.

But it's a story that is all too common.

In May, 1-year-old Katera Barker died in East Nashville after police say her father unintentionally left her in a car seat in the back of a pickup truck all day. The temperature reached 89 degrees in Nashville that day.

Only 21 states and Guam have laws in place to protect children being left unattended in cars, and of those, eight allow felony charges for those who purposely leave a child.

Of the 408 deaths analyzed by the National Safety Council since 2007, 68 deaths resulted in no charges filed, the report said.

Police: 1-year-old girl dies after being left in hot truck all day

Seventy-one cases led to jail time and in 52 cases, the adult received a plea deal or probation, the report found.

The legal outcome wasn't known in nearly 30 percent of the cases the National Safety Council reviewed, according to the report. That underscores the need for better data collection nationwide and more consistent legislation around the issue, the council said.

"We need better laws, education and enforcement if we are going to end these preventable deaths," Artuso added.