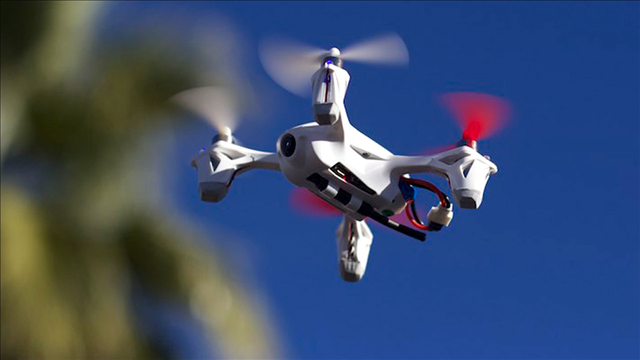 A man who fled Indianapolis police by diving into a pond got a helping hand when a drone lowered him a flotation device as he struggled to stay above water.

Police spokesman Sgt. Shane Foley tells The Indianapolis Star the 41-year-old man was being pursued Thursday as a suspect in a scrap metal theft when he jumped onto a bicycle and fled into the sprawling South Side Landfill.

Foley says the man ditched the bike and dived into a landfill pond about 9 a.m.

The Wayne Township Fire Department later used a drone to lower him a flotation device as he was struggling to tread water in the middle of the pond.