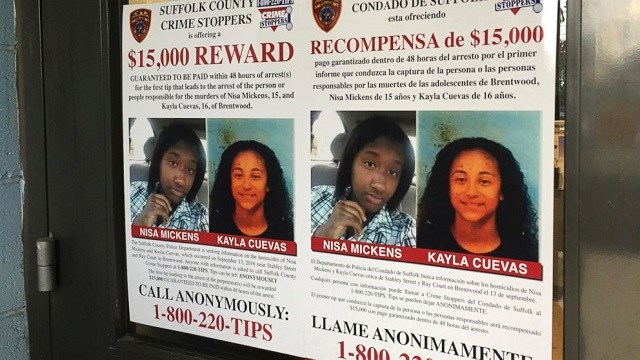 Another person has been arrested in connection with a New York teenager's machete slaying blamed on the MS-13 gang.

Eighteen-year-old Josue Figueroa-Velasquez pleaded not guilty at his arraignment Wednesday on murder charges in the death of 15-year-old Angel Soler, of Long Island.

Angel's remains were found last October in Nassau County. Authorities say Angel was attacked by a group of people and was hacked to death with a machete in July.

Figueroa-Velasquez is represented by Legal Aid. Two other people also have been charged in Angel's killing.

Also on Wednesday, unidentified human remains believed to be the victim of MS-13 were found in Roosevelt.

MS-13 is believed to be behind 25 killings on Long Island during the past two years and has become a target of President Donald Trump.