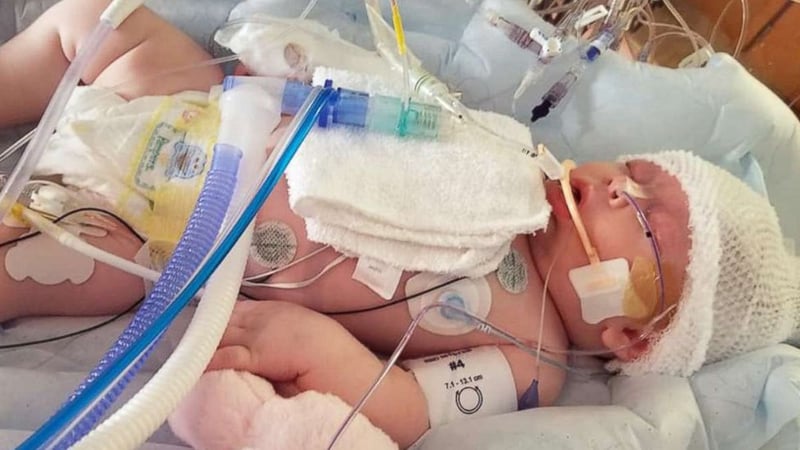 A 7-week-old is fighting for her life after getting accidentally hit in the head by a softball while at a game with her parents.

Lee and Kassy Hovenga took their baby girl, McKenna Hovenga, on one of her first outings for a family day to attend a recreational softball game in Iowa.

The family was behind the fence Wednesday in the stands when the ball struck.

"Another pair of teams were playing and Lee was helping Kassy get situated with a blanket over her, so Kassy could breastfeed," Heise wrote. "Lee had his back to the field and never saw the ball coming. The ball came over the fence -- and either hit McKenna first or hit Kassy first. We're really not sure as it happened so fast and Kassy was looking down at McKenna as she was feeding. Neither of them saw the ball as it came over the fence."

The baby was transported to St. Mary's Hospital at Mayo Clinic in Rochester, Minnesota, for reported skull fractures, two brain bleeds and multiple seizures. A public Facebook page, Healing for McKenna, has been sharing daily updates on the child's progress. A team of doctors has been working to stabilize McKenna's system and stop the seizures.

The parents seem to remain positive and hopeful for continued progress, according to a recent Facebook post from the infant's father.

"We hear about these accidents on the news every day throughout the Cedar Valley, never thinking of how many people other than myself are praying for the victims of these tragic accidents," Lee Hovenga wrote in a Facebook post where he shared photos of a happy, smiling McKenna before the accident. "It's heartwarming knowing there are so many selfless people in this world that hope and pray for others."

The Facebook page has grown to just under 100,000 people with hundreds of supportive messages to the family. Additionally, a YouCaring account has been set up to help offset medical costs with over $28,000 raised so far. 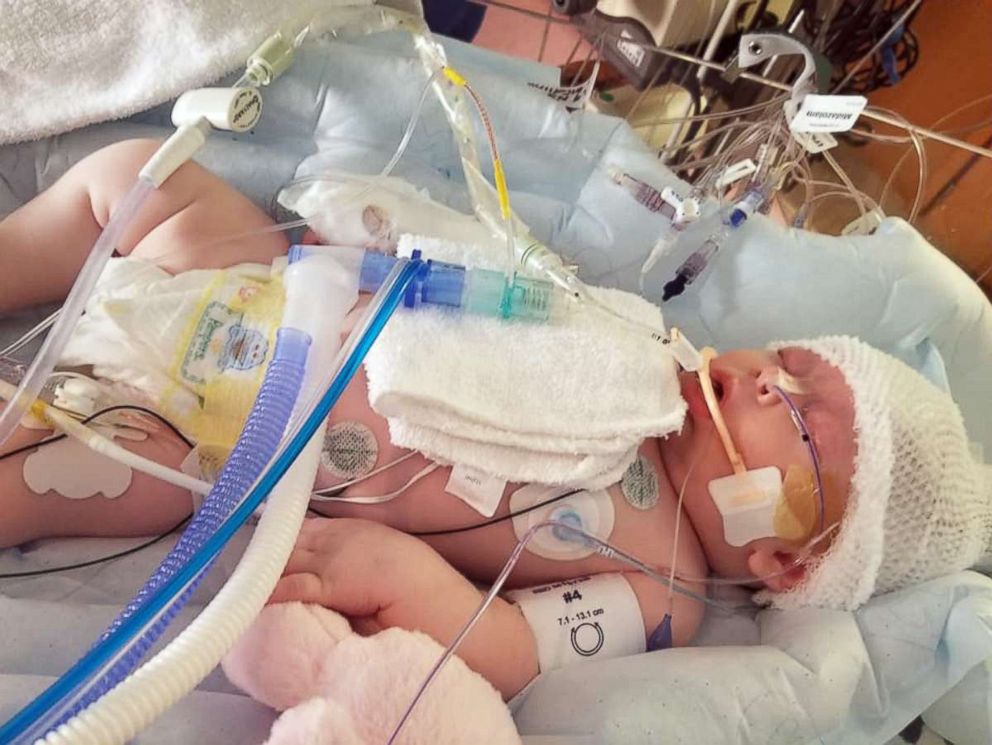