Trial opens in death of US student found dead in Rome 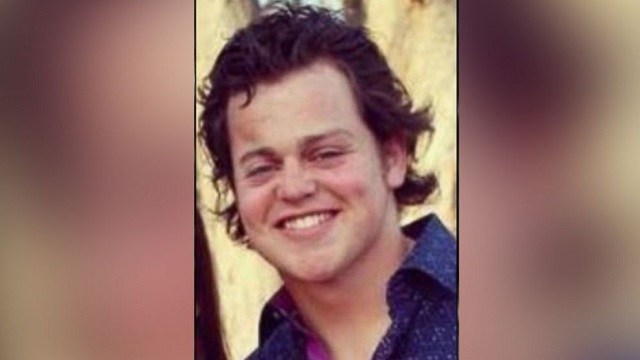 Galioto is accused of manslaughter for allegedly pushing Solomon into the Tiber River in downtown Rome, which led to his death from drowning. Prior to his death, Solomon was allegedly robbed and assaulted, just hours after arriving in Rome for a study-abroad semester.

Originally from Spring Green, Wisconsin, Solomon had just completed his freshman year majoring in finance at the University of Wisconsin.

Solomon had just arrived in Rome on June 30, 2016, to start a five-week study abroad program at the John Cabot University, an American college in downtown Rome. According to his own messages after his arrival, he was very happy and looking forward to his stay.

His body was found on July 4,three days after he disappeared, in the Tiber River.

Galioto allegedly punched or pushed Solomon into the Tiber river, close to where he had set up a makeshift camp with other homeless drifters along the riverbank in the heart of central Rome. Galioto is accused of manslaughter.

Solomon disappeared at around 1 a.m. on July 1 after drinking at a pub in the lively Trastevere area with other students. They had all just arrived in Rome a few hours earlier to start their study abroad program. Surveillance cameras recorded him for the last time that night.

Investigators believe Solomon was robbed at the pub or along the street and then tried to follow the thieves to get his wallet back. More than $1,700 was charged to his credit card after he disappeared. The area along the river banks and under the bridges in the center of Rome is not considered safe, especially at night.

News of Solomon’s death in the heart of Rome received international attention and was reported widely in the U.S. His parents, Nick and Jodi Solomon, met Pope Francis in the Vatican at an early morning private and unscheduled meeting after his body was found. The Vatican said in a statement at the time that Pope Francis had expressed "feelings of deepest sympathy and compassion, and his closeness in prayer to the Lord" for the family’s loss.

Solomon’s parents have since filed a lawsuit against John Cabot University alleging negligence and reckless indifference for not warning their son or other students of the dangers of the area.

The accused, Galioto, has had petty-crime charges in the past and is presently in jail for a violent brawl earlier this year. He has repeatedly insisted on his innocence, but has been the main suspect since the start of the investigation. Several witnesses who were on the riverbank at the time have told conflicting stories and it is unclear if there is enough proof to reach a sentence.

Galioto’s girlfriend at the time, Alessia Pennacchioli, who lived with Galioto in a makeshift camp under one of the bridges, told the police she watched Galioto push Solomon into the river after an argument erupted between the two men, but later changed her story.

Tuesday's hearing introduced the case and dealt with procedural matters. Galioto was in court with long dreadlocks and wearing a leather coat, The Associated Press reported, and he sat calmly during proceedings.

Lawyers for Galioto, the Solomon family and John Cabot University submitted evidence including a grainy closed circuit video of the scene of the crime, AP said, and names of witnesses they want called during the trial.

A lawyer for the Solomon family asked that the Mayor of Rome Virginia Raggi be called to testify, AP reported, but the court rejected his request. Nick and Jodi Solomon will testify about their son’s character and explain the reasons he came to study in Italy.

Galioto’s defense lawyer, Attorney Michele Vincelli argued in court, AP said, that there were several individuals on the riverbank that night and that the one who is responsible for Solomon’s death is still free.

"I am convinced that the guilty one, the one who killed that poor boy is out there free doing what he wants," Vincelli told reporters later. He added that his client "is very calm because he has a clear conscience."

"He has his own sense of morality, even though one could think otherwise, because although he is a person who lives on the street, he has his principles."

Galioto agreed to be questioned during the trial. The next hearing is scheduled for May 16.