Driver in NYC crash that killed 2 children charged with manslaughter 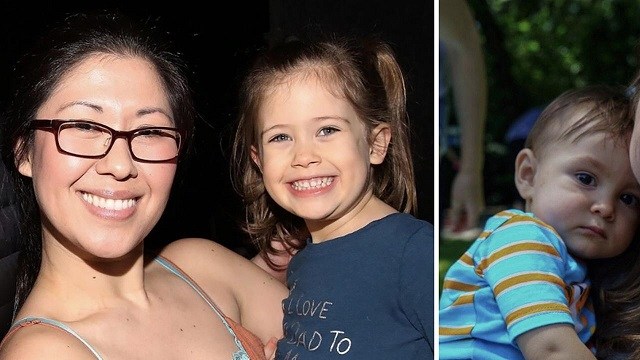 The driver in a New York City crash that killed two children -- including the 4-year-old daughter of Tony award-winning Broadway actress Ruthie Ann Miles -- has been indicted on several charges relating to the deaths.

On March 5, Miles and her friend, Lauren Lew, were walking in a crosswalk with their children in Brooklyn's Park Slope neighborhood when a 2016 Volvo S60 accelerated through a red light, careened out of control and struck them, authorities said.

Miles and Lew were injured, while their children, 4-year-old Abigail Blumenstein and 1-year-old Joshua Lew, were killed, according to police. Another pedestrian was also injured in the crash.

The decision to indict Bruns came after a "thorough investigation," Gonzalez said, describing the children's deaths as "horrific" and "avoidable." Doctors had allegedly instructed Bruns to not drive following multiple incidents earlier in the year, prosecutors said.

"Her alleged insistence on driving despite doctor’s orders and serious medical conditions that prevented her from safely doing so was not only irresponsible, it was unlawful," Gonzalez said in a statement. "I intend to now hold her accountable and urge all drivers to heed instructions of medical professionals and never drive a car when told not to."

After striking the pedestrians, Bruns allegedly crossed into oncoming traffic before slamming into a parked vehicle, a New York City Police Department source told ABC News. Joshua's stroller was dragged down the street before the Volvo came to a stop, according to the district attorney's office.

Witnesses told investigators that Bruns had her head hanging back when she drove into the intersection, and first responders observed her to be foaming at the mouth, confused and unsteady on her feet, according to the district attorney's office.

Bruns later suffered a seizure in the ambulance and again at the hospital, the district attorney's office said, citing the investigation.

The investigation also revealed that on Jan. 8, Bruns allegedly had a medical episode while driving her car on Staten Island and was subsequently hospitalized for two days, according to the district attorney's office. Bruns had suffered a seizure during that hospitalization and was instructed by doctors upon her discharge to not drive for one year due to her medical condition, prosecutors said, citing medical charts.

Doctors repeated those instructions during follow-up appointments on Jan. 16 and Feb. 13, prosecutors said. Bruns' car was also allegedly involved in a fender bender on Staten Island on Jan. 20, in which the driver at the time allegedly left the scene, according to the district attorney's office.

Bruns was arraigned in a Brooklyn Supreme Court Thursday, where she pleaded not guilty, according to The Associated Press. Bail was set at $75,000, and Bruns will next appear in court on June 13, jail records show.