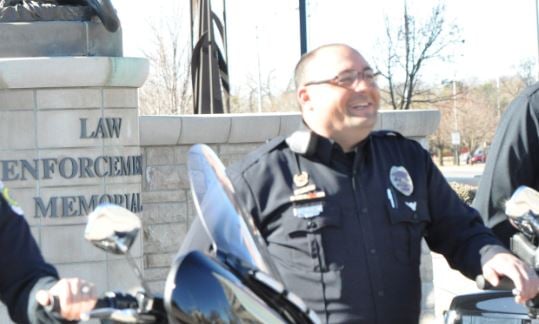 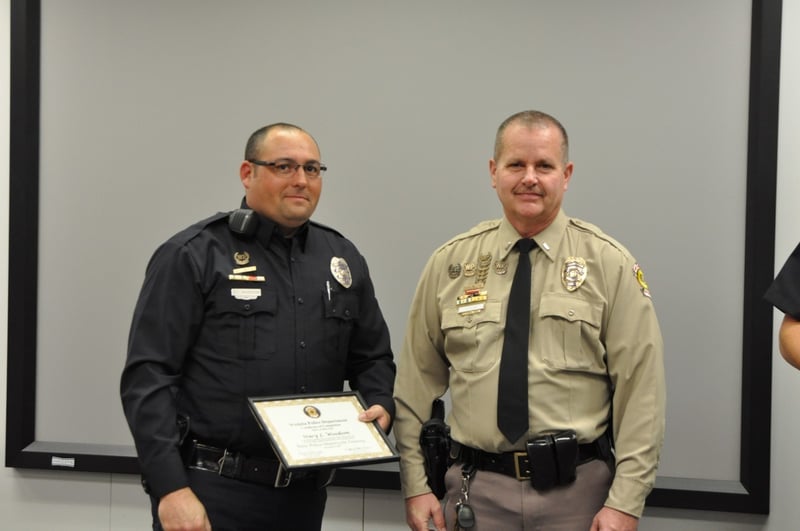 Wichita police say the crash that killed a 37-year-old off-duty officer has also claimed the life of his 10-year-old son.

The crash happened at around 8:15 p.m. Friday at 21st Street North and 167th Street West. Authorities say it appears a southbound pickup pulled out in front of the eastbound motorcycle.

Stacy Woodson, a 16-year veteran of the Wichita Police Department, was operating the motorcycle and died at the scene. His son, Braeden, was riding on the back of the bike and died Sunday morning.

The driver of the pickup, 35-year-old James Dalrymple, was arrested booked into jail for two counts of involuntary manslaughter under the influence and DUI.

The crash is being investigated by the Sedgwick County Sheriff’s Office.

Ramsay said Woodson had a reputation for leadership, professionalism and selflessness. Woodson began his career and a beat officer and community policing officer.

"In December of 2017, he was assigned to the newly-created traffic motor unit as a motorcycle operator. And this was a dream for him come true," Ramsay said. "He had told many people that was one of the reasons he came to the Wichita Police Department."

Woodson also served as a member of the Critical Accident Team and the mounted unit.

"That night of his death, he was going to be working Old Town in the mounted patrol."

Throughout his career, Woodson has received the Bronze Wreath of Valor, a lifesaving award, safe driving awards and two commendations.

In lieu of flowers and cards, the department is asking for donations for the family be sent in Woodson's name to: