US agency cracks down on Juul e-cigarette popular in schools 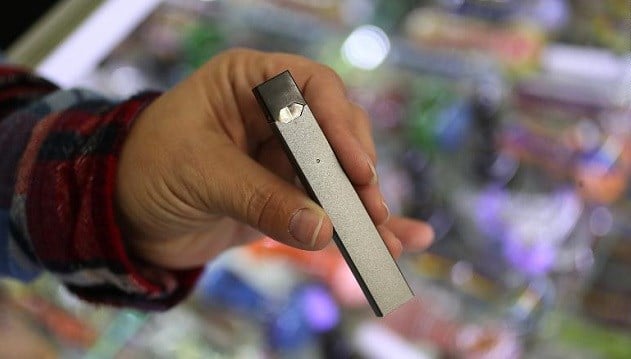 Federal health officials are cracking down on underage use of a popular e-cigarette brand following months of complaints from parents, politicians and school administrators.

The Food and Drug Administration said Tuesday it has issued warnings to 40 retail and online stores as part of a nationwide operation against illegal sales of Juul (JOO'-uhl) to children.

Like other e-cigarettes, Juul is an electronic device that vaporizes liquid nicotine into an inhalable vapor.

Thanks in part to its resemblance to a small computer flash drive, Juul has become popular with some teenagers as a discreet way to vape at school and in public.

As part of the FDA initiative, regulators are asking Juul Labs to turn over documents about the design and marketing of its devices.

The San Francisco-based company says it monitors retailers to ensure they are following the law.