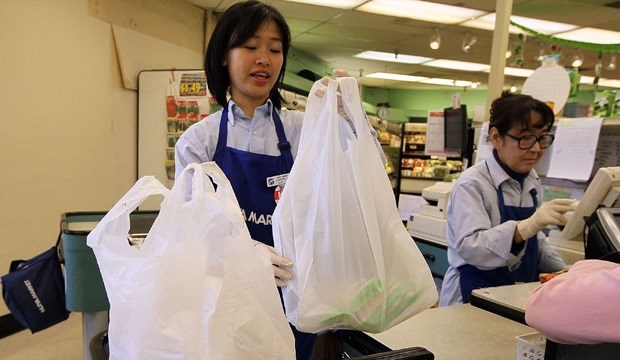 Democrat Andrew Cuomo announced the legislation Monday, saying the ubiquitous plastic bags are taking a "devastating" toll on the environment. If passed Cuomo's measure would also include efforts to encourage the use of reusable bags.

California and Hawaii already ban the disposable containers. So do many cities including Chicago and Seattle.

Each year New Yorkers use an estimated 23 billion plastic bags, making them a leading source of litter and plastic pollution.

Cuomo's new proposal came on the same day that his Democratic primary opponent Cynthia Nixon joined hundreds at an environmental rally outside the state Capitol.