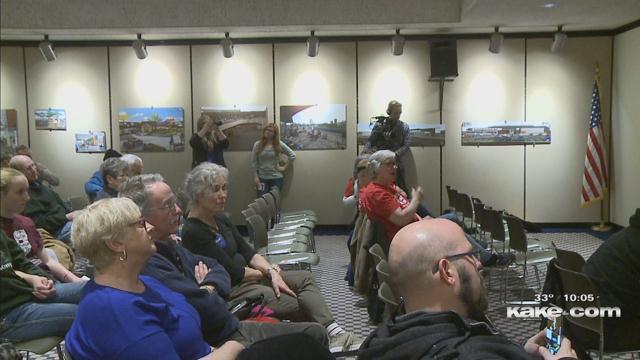 In Wichita, the public got to air out their concerns about gun safety with legislative candidates

“They’re asking the question, ‘Are you making my school experience safer? We’re the first generation that could get killed in math class and we want to be the last generation and stop that.’ That’s very powerful,” Gubernatorial candidate, Rep. Jim Ward said.

The March for Our Lives activists say the mission stays the same. They want lawmakers to work to prevent future mass shootings.

“We want to make sure that our issues are being heard on the floor of Congress,” organizer, Lacey Morris said.

Candidates from the 4th congressional district met with the public to discuss the best way to move forward.

A general consensus was to put strict background checks in place.

“We need to find a balance. At the end of the day, second amendment rights absolutely need to be protected but we also need to balance that with public safety,” 4th Congressional Candidate, Laura Lombard said.

As for what’s next for the March for Our Lives activists, they say they’re not going anywhere and work still needs to be done to make schools safer.

“We’re still gonna be active in the community about pressuring our legislators for gun control and that’s something that we have to continue or else it will just fall to the wayside,” organizer, Nathan Dominguez said.

Organizers say they did invite representatives and candidates who oppose stricter gun laws but they did not attend the event.