Many Canadians donned hockey jerseys Thursday to honor the 16 players and team personnel who died after a semi-trailer collided with the youth team's bus.

People showed up at work and schools across Canada decked out in sports jerseys as part of a "Jersey Day" commemoration inspired by a group of British Columbia hockey moms to send a message of support for the families of the dead.

At Ontario's legislature, members of the provincial parliament from all parties wore jerseys. Meanwhile, Toronto's transit authority said it was allowing employees to wear jerseys over their uniforms. A number of Toronto schools posted photographs on social media of students wearing their jerseys. 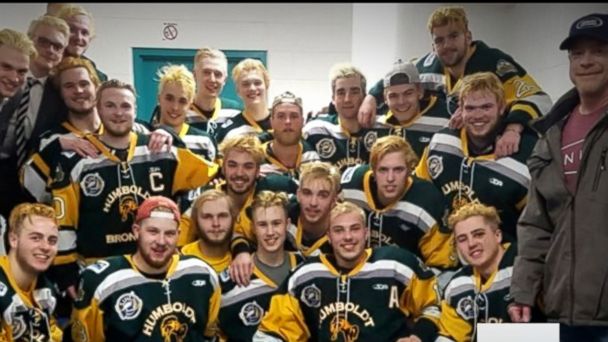 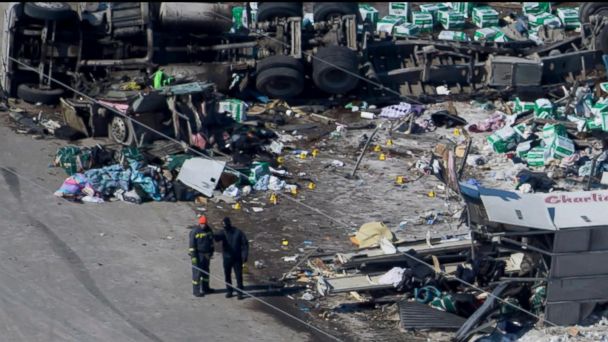 Paramedics in the Peel region west of Toronto and police officers in Guelph, Ontario, were among those who donned jerseys.

In Alberta, U.S. Ambassador to Canada Kelly Craft wore a red Team Canada jersey to deliver a speech to the Calgary Chamber of Commerce.

The team from Humboldt, Saskatchewan, was on its way to a playoff game Friday when its bus collided with the big truck. Thirteen people were injured. The first of 16 funerals began Thursday.

Farialle Pacha, an employee of a wealth-management firm in downtown Toronto, wore her cousin's American Hockey League sweater in solidarity with the Humboldt Broncos.

"Being Canadian and hockey being so entrenched in our culture and it's such a terrible tragedy to have so many young lives go in such a terrible way — my brothers play sports and I play sports and you can't imagine something like that happening to your family. Anything you can do to show solidarity and support for those who lost those young lives, it just seems like the right thing to do," she said.