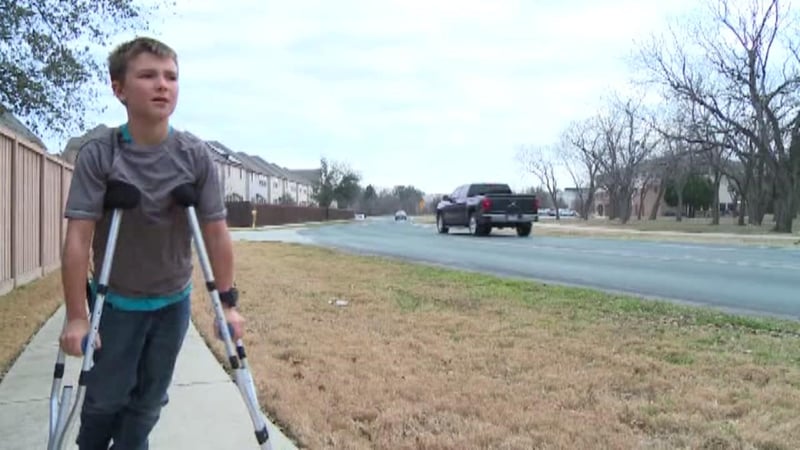 A 10-year-old Texas boy says he crawled home after getting struck by a hit-and-run driver.

KTRK reports Caden Walsh, of Austin, was walking home from school on a sidewalk last Friday when he says a car jumped the curb and hit his leg. The impact pushed the boy into a tree.

The boy says he crawled a quarter of a mile to his house.

It was a sight his father hasn't shaken off.

"He's down at the bottom of the stairs. His leg is just covered in blood," said Jay Brady, the boy's dad. "He probably has a ball peen hammer-sized chunk of his leg missing. He's just screaming, blood-curdling screaming."

Walsh was taken to the hospital for stitches.

Walsh says the vehicle that hit him was a dark-colored SUV. Tire tracks remain in the grass at the scene.