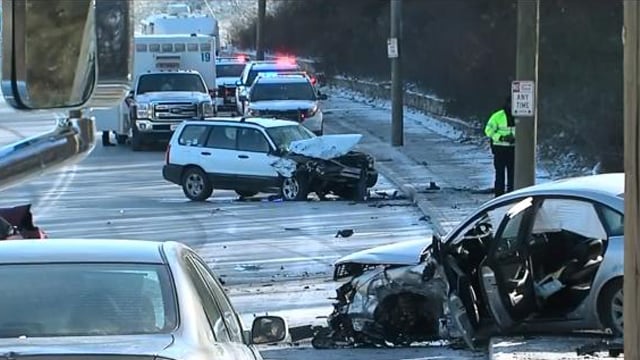 Police say a 4-year-old girl has died of injuries suffered in a New Year's Day street racing crash in Cincinnati.

The Cincinnati Police Department says the girl died Tuesday. She was injured Monday while riding in her father's car as he raced another vehicle. Police say the two cars hit each other and then crashed into oncoming vehicles. The car carrying the girl then went over a guardrail and off the road.

Police say the girl was wearing a seat belt but was not in a car seat.

The girl's father and the other drivers were expected to survive their injuries.