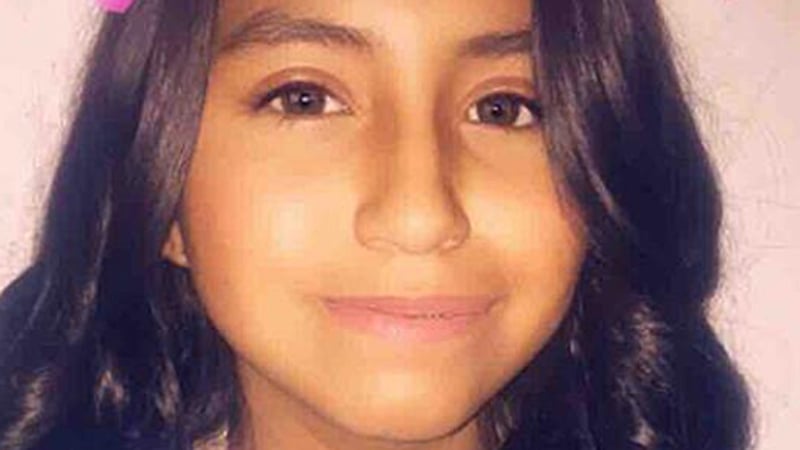 The family of a 13-year-old California girl who committed suicide plans to file a wrongful death lawsuit against the school district, accusing the girl's middle school of failing to stop the bullying that the family says led to her death.

On Nov. 28, Rosalie Avila hanged herself in her bedroom "following months of relentless verbal abuse and bullying from classmates," a press release from the family's attorney, Brian Claypool, states.

Avila attended Mesa View Middle School in Calimesa in Southern California, ABC Los Angeles stationKABC reported. There, classmates would taunt her and call her names, including "whore" and "slut," Claypool said. Avila's peers would also call her ugly, tell her she had ugly teeth and sexually transmitted diseases, Claypool alleges.

In addition to the verbal abuse, classmates doctored a video "portraying what an ugly girl looked like and what a pretty girl looked like," using Avila's photo to represent the ugly girl, Claypool said in the press release, claiming that the video went viral.

"In her suicide note, Rosalie apologized to her parents for being ugly," the press release states.

Earlier this month, Avila's mother, Charlene Avila, told KABC that her daughter kept a list in her journal of people who hurt her, called her ugly or put her down.

Avila's father, Fred Avila, told KABC that she would come home and complain that kids were "calling her names about her teeth." When he would remind her that her braces would come off one day, she responded, "Yeah, but my teeth are straight and they're still making fun of me," Fred Avila said.

In October, Avila began cutting herself, Claypool said. The family's attorney claims the school did not intervene despite allegedly knowing of the struggles Avila was facing.

"The school was not only aware of the bullying, but also of Rosalie cutting herself and did nothing," according to the press release.

Claypool will announce the filing of the lawsuit on behalf of Avila's parents during a press conference Monday. He alleges that the school was negligent in its "failure to take appropriate measures to safeguard Rosalie as a victim of bullying and ensure her safety" as well as its failure to "take action against the bullies."

In an initial statement on Dec. 1, the Yucaipa-Calimesa Joint Unified School District said it was "saddened" by Avila's death and that crisis counselors were available to students.

"The communities of Yucaipa and Calimesa have proven to be caring, united, active, supportive communities in all manner of events, whether joyful or sorrowful," the initial statement read. "The District earnestly believes and hopes that those qualities will continue to come to bear here as we are all committed to the well-being and support of everyone in the YCJUSD family."

Days later, on Dec. 4, the school district released another statement saying that it was cooperating with investigators over the bullying allegations. The school district also said that "false" information had spread in response to the news of Avila's death.

"Sadly, as the public learns about this tragedy, false rumors and social media posts disrespecting Rosalie and her family have begun to spread," the statement read. "These posts are being handled by the appropriate authority."

In the second statement, the school district also emphasized that it is "committed to maintaining a positive, inclusive school culture that enables our students to grow academically and socially. This issue requires all of us to work together, to watch for signs and intervene when we see problems. It is more essential than ever that we all come together, united in our commitment for the safety and well-being of our children."

Claypool and Avila's family plan to propose new legislation called Rosie's law that will advocate for stricter bullying laws to treat verbal abuse in the same manner as physical abuse "so that school districts will begin having harsher punishments for the perpetrators of bullying rather than shielding the bullies."

In a statement to ABC News, Claypool said that words can be "lethal weapons."

"Until school districts nationwide step up and implement legitimate anti-bullying programs and on-campus suicide prevention programs, rampant bullying and suicide will worsen," Claypool said. "Public image is more important to many school districts than student safety. Current anti-bullying laws and policies often protect the bully more so than the victim.“

At a news conference Monday, Avila's father said his daughter's dreams were shattered at a time when she was just beginning to blossom.

He said his daughter had dreams of having a family and a house of her own one day.

Neither the school district nor the San Bernardino Police Department, which is handling the case, immediately responded to ABC News' request for comment.

KABC contributed to this report.