Wins For Kansas: Rise Up For Youth 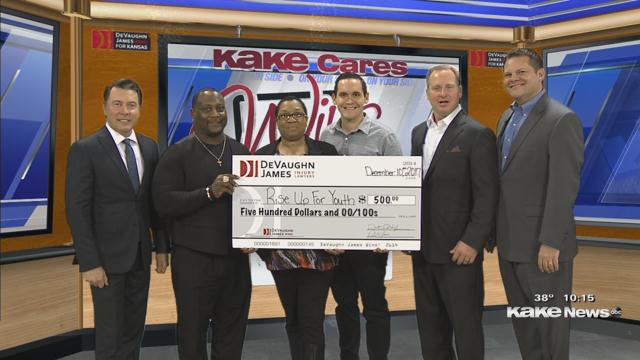 Rise Up For Youth started in 2005 as a mentoring and gang prevention program for young men in Wichita, but the program soon spread.  In 2014, the organization was formed.  Rise Up For Youth founders Lynn and David Gilkey say they personally know the challenges facing young adults.

"Sometimes they just need adult role models in their lives to push them and help them make those good choices for their education and to become productive citizens," Lynn Gilkey said.

The organization is now working in four Wichita high schools where their volunteers mentor at-risk youth.

Part of that job means helping the students pick their careers and visit colleges. The group boasts a 100% graduation rate for its students and 70% of those students went on to secondary education or military service. In the 2016-2017 school year, the program served 248 students.

DeVaughn James Injury Lawyers honored Rise Up For Youth with a $500 Wins for Kansas Grant.