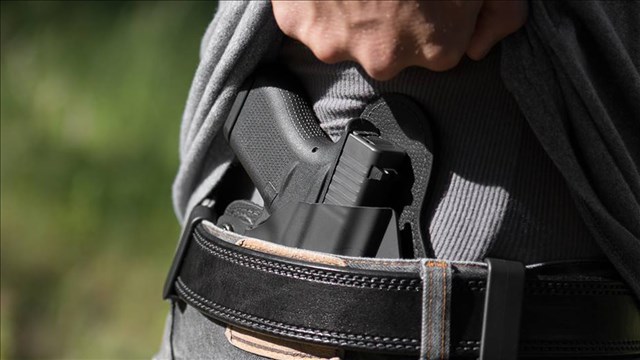 Police say a father eating with his family at a fast food restaurant in San Antonio fatally shot a robber who threatened his family with a gun.

San Antonio police Sgt. Roy Miller says the gunman threatened the father and restaurant employees and the employees ran out the back of the restaurant. The gunman demanded money and, when the father refused, the gunman turned his weapon toward the man’s family. At that point, the father, who is licensed to carry a firearm, pulled out his own gun and fired.

Starnes says the father isn’t facing charges and that he “really saved the day and protected a lot of people.”