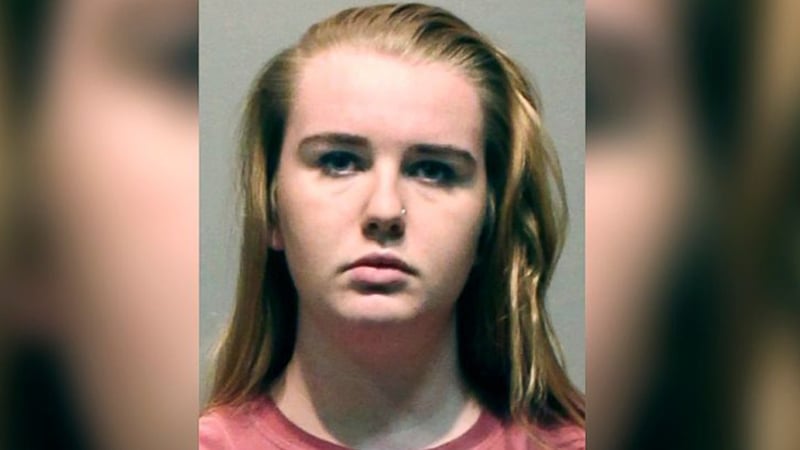 An expelled University of Hartford student is facing criminal charges in Connecticut, including “intimidation based on bigotry,” after allegedly soiling her former roommate’s personal belongings with her “bodily fluids” and bragging about it on social media.

The school’s Department of Public Safety told police that Brianna Brochu “posted statements to Instagram saying she had tampered with her roommate's property and deposited bodily fluids on other property. Brochu also posted photos of some of the tampered property as well,” according to a West Hartford Police Department incident summary.

Brochu, 18, was arrested Saturday on a warrant for criminal mischief in the third degree and breach of peace in the second degree, the document states. She was released on $1,000 bond, and faces up to six months in jail on each charge, if convicted.

Police referred ABC News to the incident summary, which states they will also be asking that the court add “intimidation based on bigotry or bias to Ms. Brochu's case.” That category of felonies carries up to five years in prison.

Brochu, who is white, appeared in court Wednesday but it’s unclear whether she entered a plea. Her next court appearance is scheduled for Nov. 15, officials said.

She did not respond to ABC News’ request for comment.

Brochu told police that she licked her former roommate’s dining utensils and smeared body fluids on the woman’s backpack, the Hartford Courant reported.

Her former roommate, freshman Chennel Rowe, who is black, explained in a Facebook Live post Monday how she discovered that Brochu had allegedly been sabotaging her backpack, beauty products and toothbrush.

Rowe had previously asked the school for a room change, she said, because the arrangement with Brochu wasn’t working out.

“I felt like I was unwanted in my own room,” she said in the video. “I was ignored and disrespected.”

After months of tension, Rowe said, the school assigned her to a different room.

When it came time leave, she said, Brochu asked her, “Oh, are you moving out?”

She said Brochu “made a face” and only said “Okay.”

Brochu, according to Rowe, started typing on her phone. “I assumed she was telling all her friends that I was moving out.” Rowe said.

But as she was moving her belongings, Rowe said in her Facebook post, she encountered a former neighbor who told her Brochu had allegedly bragged on Instagram about dirtying Rowe's belongings while they were living together.

Brochu wrote on Instagram in a once-public but now-deleted post, referring to Rowe, “Finally did it yo girl got rid of her roommate!! After 1 ½ month of spitting in her coconut oil, putting moldy clam dip in her lotions, rubbing used tampons oh [sic] her backpack, putting her toothbrush where the sun doesn’t shine, and so much more I can finally say goodbye Jamaican Barbie.”

Rowe, referring to Brochu’s post, said on Facebook Live, "My thing is I keep looking at this paragraph 'so much more.'"

Rowe, who did not respond to ABC News’ request for comment, said she dealt with chronic throat pain during the ordeal with her roommate.

“Since I’ve been here I’ve been getting sick,” she said. “Not knowing why.”

Assuming it was a common cold, Rowe said she didn’t put a lot of thought into its origins. “I couldn’t speak. I could barely whisper,” she added.

The police incident summary says, “the victim in this case did say they experienced ‘severe throat pain’ and felt the pain was a result of Brochu's tampering with her ‘personal items.’”

Meanwhile, the hashtag #justiceforjazzy has spread online as news of the story got around.

University of Hartford President Greg Woodward said in a statement released Tuesday that Brochu "is no longer a student" at the academic institution and that "she will not be returning."

He condemned Brochu's actions as "reprehensible" and said the school has work to do.

“It is clear there is work to be done at our university to ensure that all students feel safe, respected, and valued," he said.