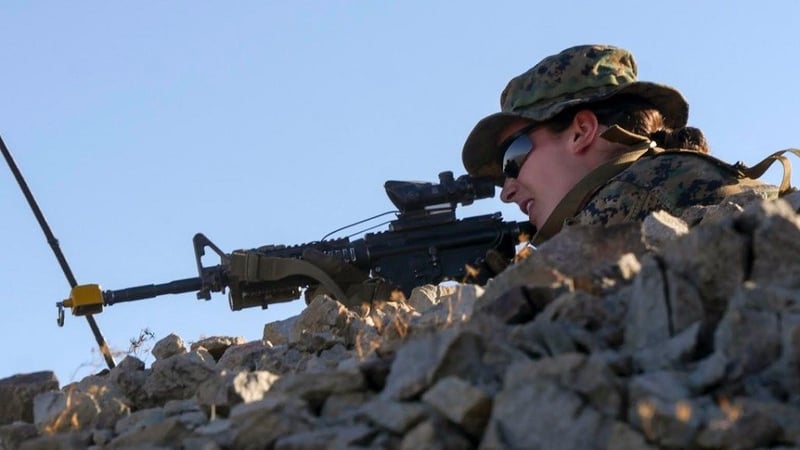 For the first time in its nearly 250-year history, the Marine Corps has a female infantry officer.

The woman, who wishes to keep her identity private, graduated from the Marines' infantry officer course in Quantico, Virginia, on Monday.

Now a lieutenant, she is the first woman to finish the challenging course and the fourth to attempt it since the Marines opened all military occupational specialties (MOS) to women in April 2016.

“I am proud of this officer and those in her class who have earned the infantry officer MOS,” Marine Corps Commandant Gen. Robert Neller said in a press release Monday.

The female infantry officer will now head to the 1st Marine Division at Camp Pendleton, California, for her first assignment.

Of the 131 Marines who began the course in July, only 88 graduated.

Proud of this officer & her fellow leaders. Now they focus on what's important: preparing to lead Marines in combat https://t.co/rwWjXKOAf9 pic.twitter.com/RvzTAkuLLI

In 2015 then–Defense Secretary Ash Carter made the decision to open all military combat roles to women, ending a ban on women's serving on the front lines. At the time, the Marine Corps formally advised that women should continue to be prevented from working in combat units, despite recommendations from the Army, Navy, Air Force and U.S. Special OperationsCommand that they be permitted to serve.

"We are a joint force, and I have decided to make a decision which applies to the entire force," Carter said in 2015.

Earlier that year, two soldiers became the first women to graduate from Army Ranger training camp but were not immediately permitted to serve in a Ranger regiment, as combat roles had yet been opened to women.