Jet's arrival on flatbed trailer a boost for WSU's NIAR 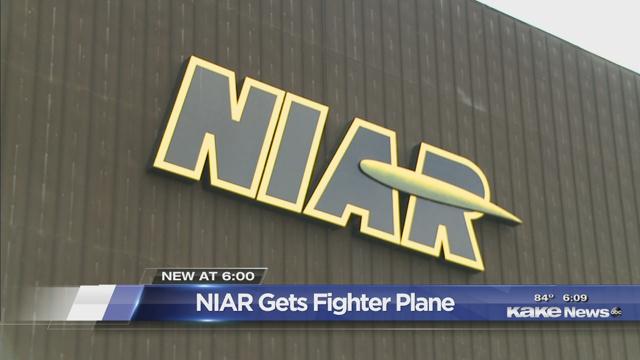 Planes don't usually have to arrive to Wichita on the back of flatbed trailers.  But on Monday a special delivery was made to Wichita State University's National Institute for Aviation Research facility north of Wichita.

A Lockheed Martin built F-35 B Lightning, under covers, arrived from its Fort Worth, Texas home where it was part of the company's rigorous testing program.

Melinda Laubach-Hock, PhD, is NIAR's Director, Aging Aircraft Lab.  Laubach-Hook said,  "We're going to take the aircraft apart, piece by piece and look for any damage or cracks that occurred during testing that might become an issue to the aircraft's availability and sustainability long term."

When the Aging Aircraft Lab started about 15 years ago most of the work was on general aviation planes.  That's changed says Laubach-Hook.  "Since then we've kind of begun progressing into military aircraft."  "And so the F-35 is just the natural progression further into more advanced military aircraft."

Tim Hickey, NIAR's "Aircraft Structural Test & Evaluation Center" Director said, NIAR has come a long ways from its early days.  "It's growing leaps and bounds."   Hickey said much of NIAR's growth is at the facility in the former Kansas Coliseum.  "It's been a very positive economical impact, not only to Wichita State but Wichita itself, provided a lot of new jobs and provided a lot of new opportunity for students to learn engineering and aircraft in general."