VIDEO: Officer survives being shot repeatedly: 'Tell my family that I love them' 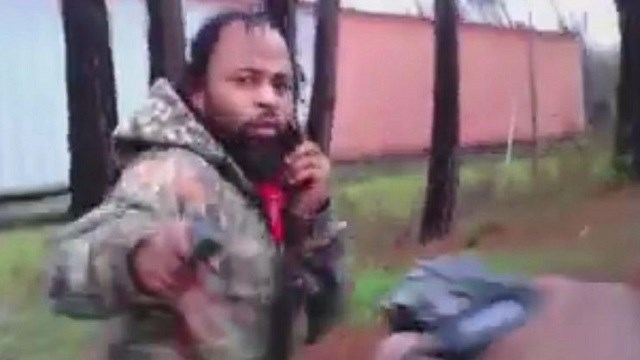 Dramatic video recorded by a pair of eyeglasses with a camera in them captured the moment a South Carolina officer was shot at least three times on New Year’s Day in 2016.

Estill police officer Quincy Smith was responding to a suspicious person call when he spotted a man leaving a store who fit the description of the person described in the call, according to a news release from 14th Circuit Solicitor Duffie Stone. Smith called out to the man, Malcolm Antwan Orr, to stop, but he continued walking.

Smith then threatened to tase Orr if he did not stop, at which point Orr pulled a gun out of his pocket and began firing at Smith repeatedly, hitting him multiple times, according to the release from Stone. At least two of the rounds were fired as Smith lay on the ground, the release stated.

Smith survived the shooting despite "suffering two broken arm bones and a 'life threatening' neck wound," according to the news release.

The encounter was filmed on a camera in Smith’s glasses that he bought on Amazon, according to the release.

Smith can be heard on the recording telling an emergency dispatcher, “Tell my family that I love them.”

On Wednesday, Orr was convicted of attempted murder and possession of a weapon during the commission of a violent crime and was sentenced to 35 years in prison.

“If but not for the grace of God and some very good doctors, this would not only have been a murder case, but a death penalty case,” said Stone.