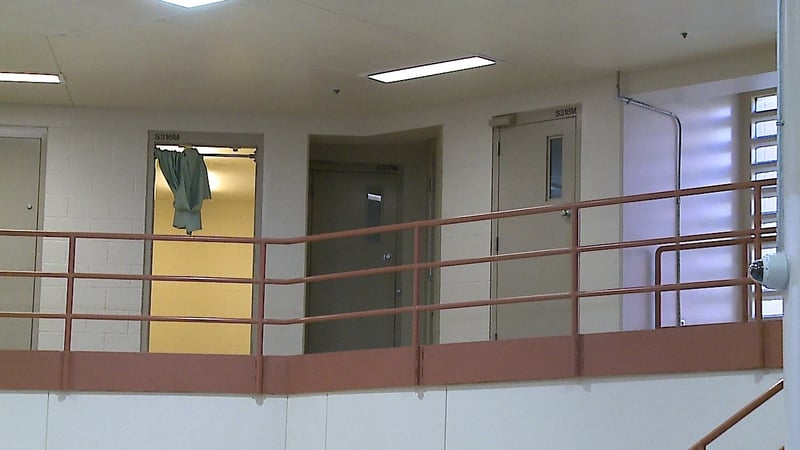 73%: that is number of inmates admitted to Sedgwick County Jail that have some chemical dependency, but that is just one area that the jail's medical staff deals with on a daily basis to keep more than 1,100 inmates healthy behind bars.

Inside the Sedgwick County Jail, it is a maze of halls and doors.
We've been asked not to show any faces, but if you counted them up, the population here would equal a small sized city.  Not only do the inmates here have to eat and sleep but they need medical attention.

"At least once a day or every other day where we find where someone has detox seizure or blacks out and falls down. It's usually right down here in booking because they are coming off whatever they are on," said Captain Jared Schechter with the Sedgwick County Jail.

Schechter says many of these inmates arrive with drug and alcohol dependencies.

By law, the jail is required to provide medical attention for the more than 1,100 inmates.  That means it needs to be equipped to deal with a wide variety of medical issues including heart problems and diabetes.  But drug and alcohol dependency are by far the biggest health crisis.

"Either drug abuse, prescription drugs, alcohol, methamphetamine, we are seeing heroine more and more in this community," said Schechter.

Undersheriff Brenda Dietzman says cutoff from the outside world many new inmates suffer from serious withdrawals.

"With the drugs, you want to die going through withdraw, but with the alcohol, it will actually kill you if not treated properly," says Dietzman.

The cost for treatment adds up. In 2016 almost 6 million dollars was spent on medical care. In 2015, 18 patients alone racked up more than half a million dollars in hospital costs.

"But nobody is denied treatment for inability to pay," says Schechter.

Inmates do have a $5 co-pay for most medical treatments behind bars. On average one inmate is taken to the emergency room every day.