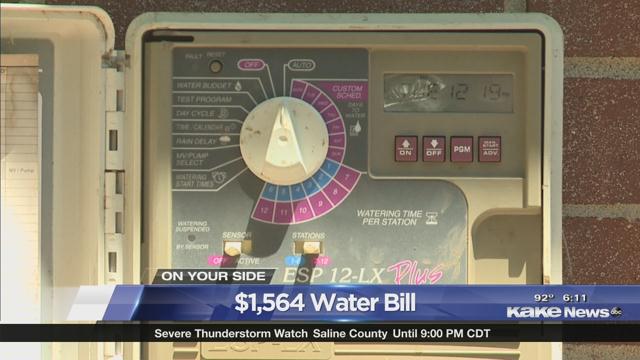 Garnett Hall said she was horrified when she opened her May water bill to find it was for $912.

Hall discovered her sprinkler system had been set to run twice every night.  She believes the lawn service irrigation technician set the sprinkler incorrectly.

KAKE news contacted Jeremy Tipping, accounts manager for Suburban Landscape Management.  Tipping said he doesn't believe his technician would have set Hall's sprinkler system to run twice nightly.  He said that's not normal.  Tipping said his tech set all the other 32 sprinkler systems in the neighborhood to the setting because of the wet spring.  But he said now it will be difficult to prove or disprove who did it.