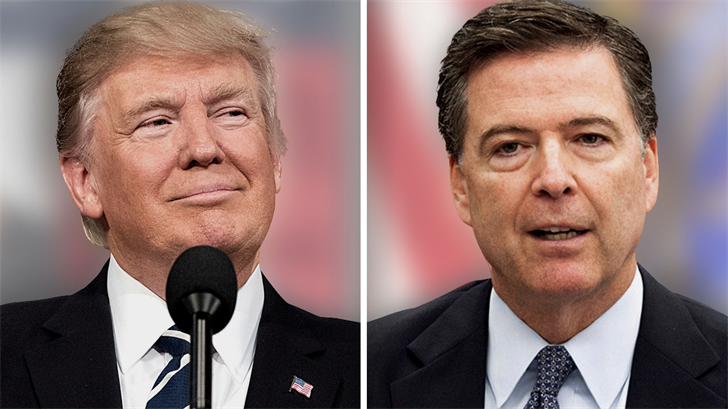 In the first hour of former FBI Director James Comey's testimony on Capitol Hill about the nature and details of his relationship with President Donald Trump, he called the president a liar twice.

In his opening remarks, Comey flashed anger at Trump's characterization of him as unpopular among the rank and file of the FBI as well as the idea that the bureau was disorganized and chaotic.

"Those were lies. Plain and simple," Comey said flatly.

Then, when asked by Intelligence Committee Vice Chairman Mark Warner (D-Va.) why he felt the need to document his meetings with Trump when he didn't do the same with past presidents, Comey responded: "I was honestly concerned he might lie about the nature of our meeting."

In the second hour of the hearings and while under questioning from Maine Sen. Angus King (I), Comey directly disputed three more claims by Trump:

What you see is a former FBI director repeatedly calling the president a liar -- and acknowledging that his concerns about Trump's willingness to bend (or break) the truth led him to repeatedly document their interactions.

Worth noting: Deputy press secretary Sarah Huckabee Sanders told reporters Thursday in an off-camera briefing that "I can definitely say the president is not a liar and frankly I'm insulted by that question."

This is Washington. Politicians -- and those longtime members of the political swirl like Comey -- would rather cut off a finger than call another political person a liar. And yet, Comey has now done so five(!) times.

That's a very big deal -- and speaks not just to the fractured relationship between Trump and Comey but also to the remarkable unconventionality of Trump and the ways in which the oddness of his approach to the presidency impacts others around him.