Arrest made in sucker punch of man with cerebral palsy 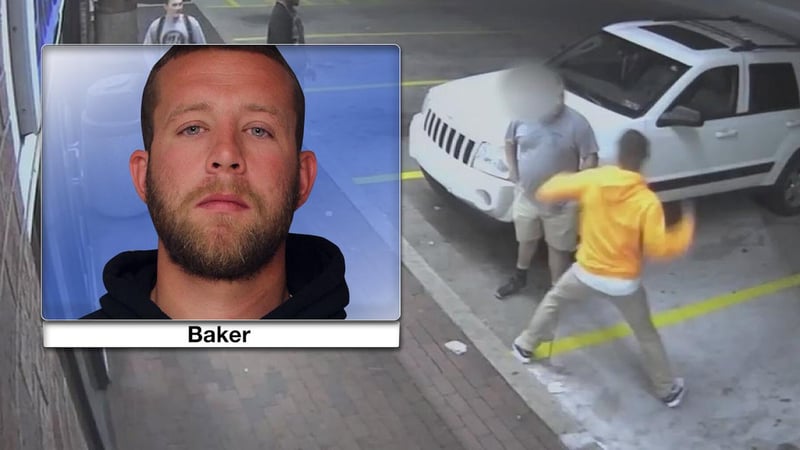 Authorities in southeastern Pennsylvania have announced the arrest of a man accused of sucker punching another man outside a convenience store after making fun of him because he showed symptoms of cerebral palsy.

The Chester County sheriff's office said Monday that local sheriffs and federal marshals took 29-year-old Barry Baker into custody at about 8 a.m. Monday in Uwchlan Township. He was taken to the county prison.

Baker is charged with simple assault, harassment and disorderly conduct in the May 10 attack in West Chester. Surveillance cameras show a man police say is Baker mocking the victim before punching him in the face without warning. He was also being sought on a parole violation in an unrelated case.

A man has been arrested for the assault of a disabled man in Chester County, Pennsylvania, that was caught on video.

The video shows the victim pulling up in a white SUV just as the suspect walks out of the 7-Eleven. Baker then appears to mock the victim after he goes in the store.

A short time later, the victim walks out of the store and the suspect apparently mocks him again, follows the victim to the parking lot and punches him.

The 22-year-old victim gets into his vehicle, drives away and contacts police.

"This defendant is a bully. Every decent citizen should be outraged by the defendant's conduct. The victim is to be commended for keeping his cool and notifying the police," District Attorney Tom Hogan told WPVI.

Baker was charged with simple assault and related crimes and released on $25,000 bond.