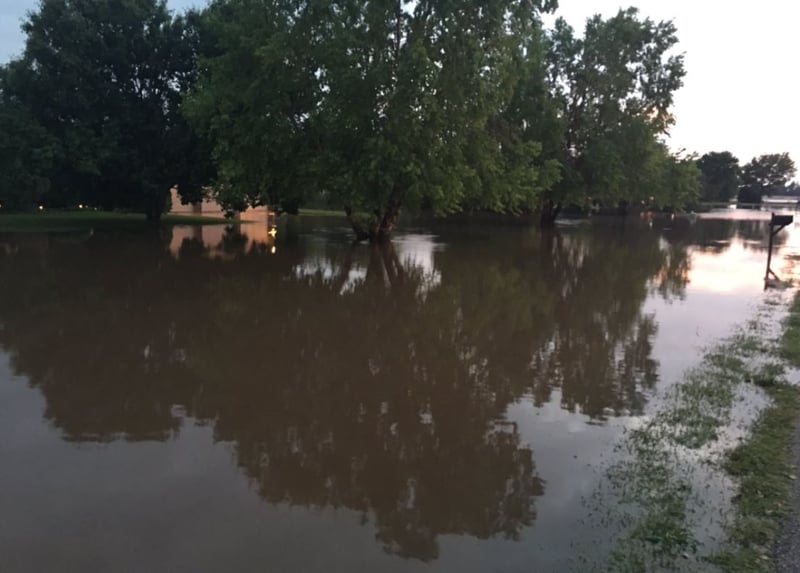 Residents were left watching flood waters in disbelief Thursday night. They're used to rain, and even standing water. But they said they'd never seen anything quite as bad.

"It will come up 4 to 5 feet but nothing where it's completely across the road. I mean this is way, way deeper than it's ever been," said Corey Stucky. He was coaching a game at a field nearby when he found a pond in his back yard.

Many drivers decided to turn around, finding alternate routes to flooded residential streets.

In other neighborhoods, homes looked like they were built on islands, several completely surrounded by water.

"Got a little scared toward the end of the day but I think it should hold. We've actually never had it flood inside the house so we've been pretty lucky," said resident Kyle Graber.

The water didn't recede quickly, and hours after the storm several intersections and yards were still flooded.

One of the entrances to Maize High School was under water, too.

There were no reports of injuries as a result of the high water.