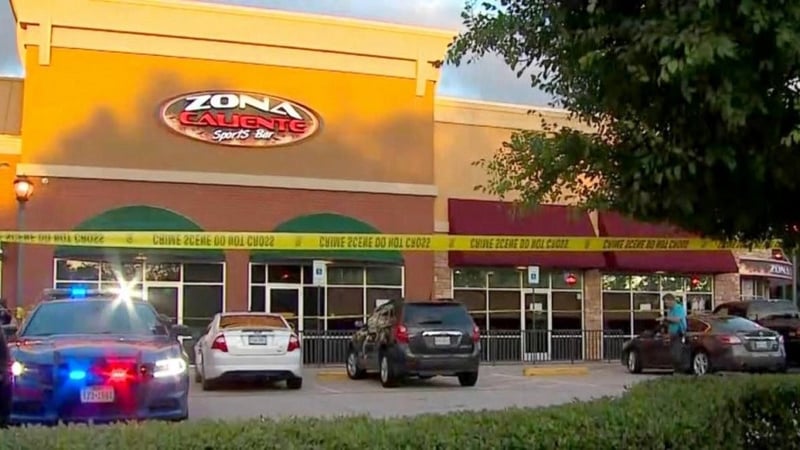 Two people died Wednesday night at a popular sports bar in Arlington, Texas, including a suspected gunman who police say was shot to death by an armed customer.

Officers from the Arlington Police Department responded to a 911 call of a shooting at Zona Caliente Sports Bar & Grill around 6:17 p.m. local time.

Based on multiple witnesses, detectives say they believe the male suspect walked into the restaurant and confronted an employee. During the argument, the suspect pulled out a gun and fatally shot the employee, police said.

A customer, who was armed with a handgun, saw the shooting and fired his weapon toward the suspect, striking him. The suspect was pronounced dead at the scene, according to police, who have not named them.

“We have two confirmed deceased in this shooting incident,” Lt. Christopher Cook of the Arlington Police Department told reporters Wednesday. “We believe the shooter is one of those deceased who was killed by a customer in the location after the suspect shot and killed someone inside the restaurant.”

Police said it’s too early to determine a motive or whether the suspect knew the employee.

The business remains closed as police continue processing evidence. Detectives will also be conducting interviews with all employees and customers who were inside the bar at the time of the shooting, police said.

The customer who fatally shot the suspect told officers he has a concealed handgun license, which police are working to confirm, according to ABC Dallas affiliate WFAA-TV.