Ridding Wichita of sexual assault one phone call at a time 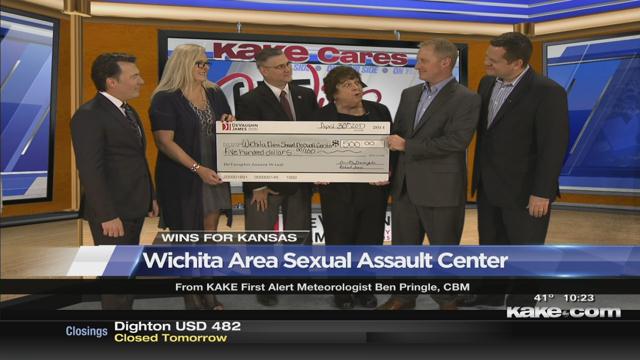 Along with it so grows the demand for the center's services. It's a demand the Wichita non-profit constantly works to reduce.

"It's on us to get involved," said Kathy Williams, executive director. "In Wichita and Sedgwick county this is a problem, this is truly a problem."

Established in 1974, the center's goal is to help survivors of sexual assault and abuse. The center relies on an army of volunteers to man a 24-hour hotline.

For many callers, Williams says, the center is the only open ear they've got.

"Sometimes we may receive phone calls from adults who for whatever reason they do not want to make a report," she said.

Studies show only 30-percent of victims ever report sexual assault.

Those who do, often end up at the hospital for tests and more questions from police. The center's volunteers are there every step of the way to talk them through it.

But sexual assault is a pervasive problem. Williams says those desperate calls come from all ages and genders.

She hopes the day comes, where the service is no longer needed, but for now, the center relies heavily on donations.

That's why KAKE News has partnered with the DeVaughn James Injury Lawyers to provide The Wichita Area Sexual Assault Center with a $500 check to help toward reaching their goal, because the work they do is another Win For Kansas.