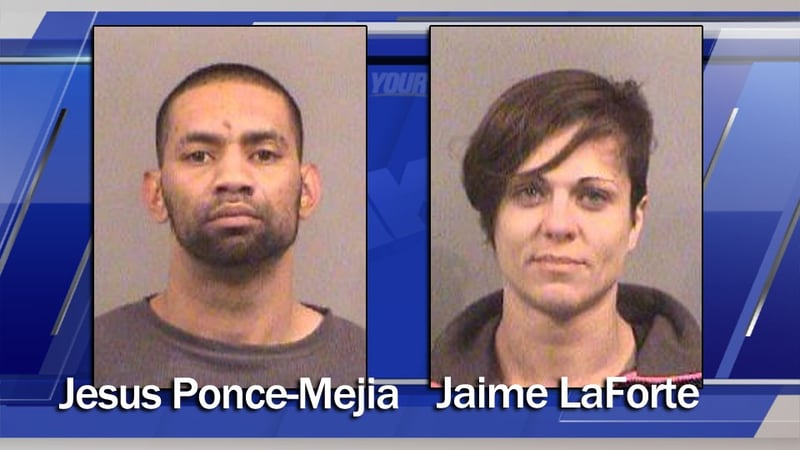 Wichita police say the owner of a salvage yard fired on two suspects who allegedly stole parts from his property Monday morning.

The suspects' vehicle was struck twice, but they were not hit.

Officers arrived and quickly took the suspects into custody.

Kansas Department of Corrections records show LaForte has a prior fourth or subsequent DUI conviction. She is currently on Community Corrections in Sedgwick County.