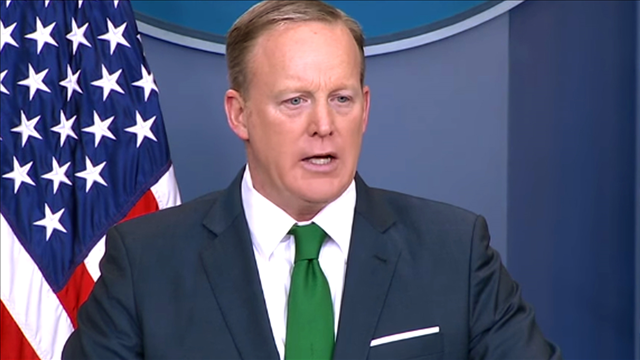 "We didn't even use chemical weapons in World War II," Spicer said during today's press briefing.

"You had a -- you know someone as despicable as Hitler who didn't even sink to using chemical weapons," Spicer said.

Asked by ABC News' Cecila Vega to later clarify his comments, Spicer gave a further muddled answer, "I think when you come to sarin gas, there was no -- he was not using the gas on his own people the same way that Assad is doing," Spicer said of Hitler.

"He brought them into the Holocaust Center," said Spicer, who may have misspoken and been referring to Nazi concentration camps.

"But I'm saying that in the way that Assad used them where he went in towns, dropped them down to innocent - into the middle of towns - it was brought - so the use of it - I appreciate the clarification," Spicer said, before concluding, "That was not the intent."

The @WhiteHouse absolutely must apologize for their callous and inaccurate statement about the Holocaust. Shameful.