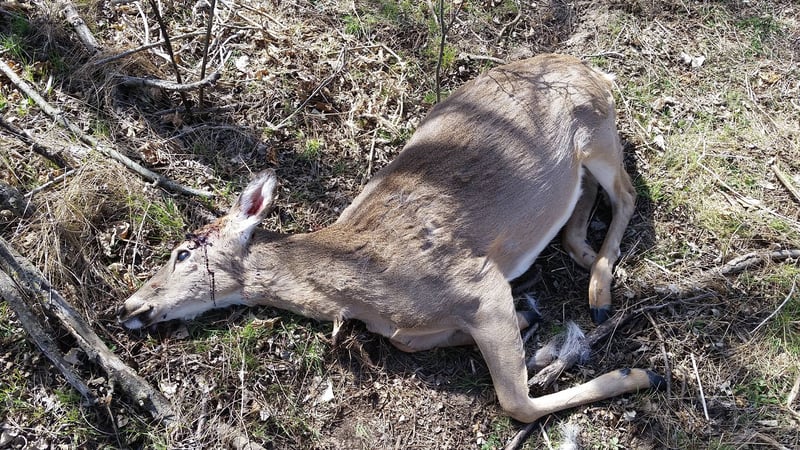 Deer hunting season ended across Kansas in mid-January. Yet a game warden in Barton County found a doe shot in the head this past weekend.

A Facebook post by a branch of the Kansas Department of Wildlife, Parks and Tourism says the doe was poached in southeast Barton County either late Saturday or early Sunday.