Will President Trump give Conway leniency he won't give media? 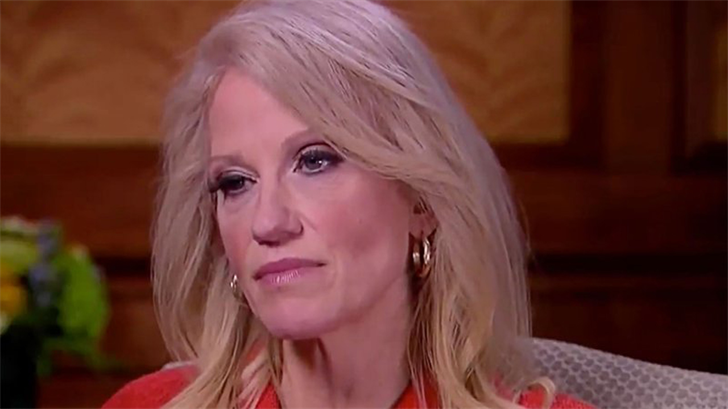 When a Time magazine reporter made a mistake on President Trump's first day in office, the reporter apologized within half an hour.

The Trump team hammered him for it.

Twelve days after the error, Trump himself was still talking about it, citing it as "fake news" and saying it was "a disgrace, but that's the way the press is."

What will he say about his own senior adviser's fake story?

She semi-corrected the record 13 hours later via Twitter. She did not apologize for spreading misinformation.

White House Press Secretary Sean Spicer is sure to be pressed about it at Friday afternoon's briefing.

Conway's error was widely mocked on social media Thursday night and on cable news Friday morning. Observers say it is part of a pattern -- Conway and other Trump aides have been called out for multiple misstatements during live television interviews and briefings. And then they've attacked the press for reporting on them.

Conway cited the case of two Iraqi refugees (who were, in fact, arrested in 2011 on terrorism charges), then said they "were the masterminds behind the Bowling Green massacre. It didn't get covered."

There was no massacre.

Matthews moved on when Conway said it, and he didn't correct the record later on in the program. So far, there's been no response from Matthews.

But the alternative fact lit up social media. Conway didn't respond overnight. On Friday morning, she tweeted that "I meant to say 'Bowling Green terrorists,'" citing a story from ABC News.

Conway later deleted that tweet, but posted other tweets about it, saying "Honest mistakes abound." She said "last night, prominent editor of liberal site apologized for almost running a story re: tweet from fake account."

Then she once again brought up the Time magazine reporter's error from January 20.

That reporter, Zeke Miller, was one of the pool reporters on Trump's first day in office. When he was in the Oval Office, he spotted a bust of Winston Churchill in a new location. He mentioned this in a group email, which led other reporters to ask about the bust of Martin Luther King, Jr., which had replaced the Churchill bust during the Obama years, sparking a brief controversy.

"Zeke said he had looked for it and not seen it," Time's editor in chief Nancy Gibbs explained later. "As a result, a pool report by another reporter sent out at 7:31 p.m., based partly on Zeke's observations, included this: 'More decorating details: Apart from the return of the Churchill bust, the MLK bust was no longer on display.'"

Miller and other reporters tweeted out the erroneous information. It was not reported on television networks like CNN.

Within minutes, Miller found out that the MLK bust was still in the office. "It was apparently obscured by a door and an agent earlier. My sincerest apologies," he wrote to his colleagues.

Spicer said in a tweet that he accepted Miller's apology. But at a White House briefing the next day, he called the original report "irresponsible and reckless" and cited it as an example of "deliberately false reporting." Two days later, he called the report "racially charged" and asked, "Where was the apology to the president of the United States?"

According to Gibbs, Miller had already "asked a White House advisor to pass along his apology to the president as well."

Trump was apparently outraged by the error. He brought it up repeatedly in speeches and interviews, sometimes referring to Miller by his first name. On January 26, he told Sean Hannity, "They're not saying the bust is taken out. What they're saying is I'm a racist. That's what they're saying. That's a very serious charge."

Conway also blasted Miller's error multiple times. She told Hannity that the media did not take the mistake seriously enough.

She said "that is a crime" and suggested it is proof of a "presumptive negativity" among the White House press corps.

The next time a reporter makes a simple error like Miller's, perhaps Conway and the rest of the Trump team might remember her own words: "honest mistakes abound."