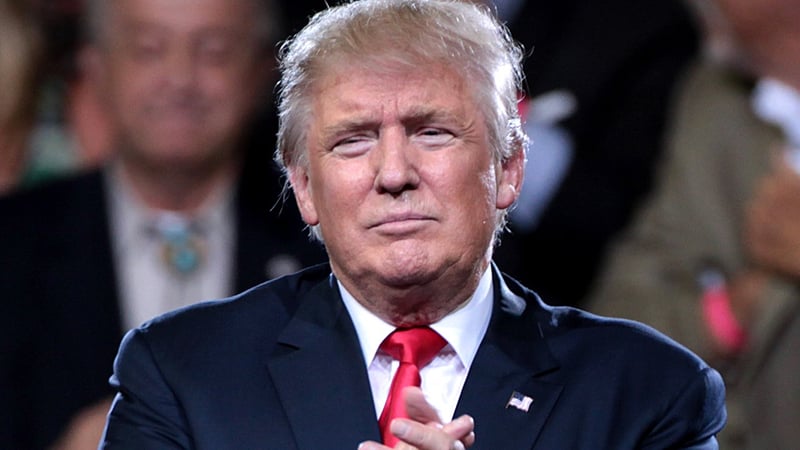 President Donald Trump issued a message Tuesday to pharmaceutical company executives akin to one he delivered to auto executives last week: bring your production back to the United States and the Trump administration will lower regulations for you.

In a "pharma" meeting in the Oval Office, the President told executives from companies such as Merck & Co. and Johnson & Johnson that they have done a "terrific job over the years" but that prices for drugs must come down.

"We have no choice," the President added, sitting at a table surrounded by aides, Vice President Mike Pence and eight pharmaceutical executives. "For Medicare, for Medicaid, we have to get prices way down, so that's what we're going to be talking about. We're also going to be streamlining the process so that from your standpoint so that when you have a drug you can actually get it approved -- if it works -- instead of waiting for many, many years."

Reading from a statement for a portion of the meeting, which was partially closed to the press, the President stressed that drug pricing has been astronomical in the United States -- a talking point that crosses party lines with support from progressive senators such as Bernie Sanders -- and that he wants to accelerate cures and accelerate US Food and Drug Administration drug approvals.

The President said that he's been "disturbed" to see terminally ill patients who need a drug that the FDA has yet to approve.

Much like his stance on taxing foreign-made cars, Trump said that there will be a trade policy that will "prioritize that foreign countries pay their fair share for US manufactured drugs so our drug companies have greater financial resources to accelerate development of new cures."

Reiterating a favorite line of his, Trump said: "It's very unfair what other countries are doing to us," pointing to devaluation.

"Look at what China is doing. You look at what Japan has done over the years. They play the money market, they play the devaluation market and we sit there like a bunch of dummies," he said.

The President said he plans to announce someone "fantastic" to the FDA soon.

Robert Bradway, chairman and CEO of Amgen, said that he shared a desire to eliminate and eradicate disease, noting the company is adding 1,600 jobs.

The CEO of Eli Lilly, based in Pence's home state of Indiana, said to the President that "some the policies you've come out and suggested could help us do more ... and tax deregulation, is a thing that could really help us expand."

Merck & Co CEO Kenneth Frazier spoke with reporters by the West Wing of the White House after the meeting concluded.

"The President is very much focused on how we can actually do better for patients, giving them more choice, helping them to deal with the medical bills that they have in a way that also stimulates innovation," he said.

When asked if he's more hopeful for this administration than he was of the last, Frazier said: "I think there is a real opportunity if we actually work on all those things."

The pair said they will introduced measures to lower prescription drug prices, a cornerstone of Sanders' presidential campaign. Part of the proposal would allow Medicare to negotiate with drugmakers for lower prices, according to the news release.