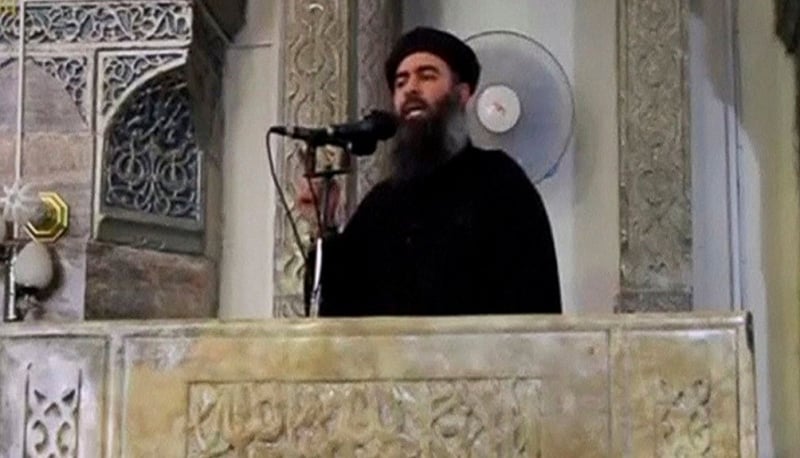 Even though President Obama leaves office today with the leaders of ISIS and al-Qaeda still alive and operational, efforts underway by the U.S. military's Joint Special Operations Command and the CIA may give Trump an early opportunity to take out at least one of the terrorist leaders, Abu Bakr al-Baghdadi, leader of ISIS, in Iraq.

A senior national security official in the Obama administration told ABC News that President Obama often hesitated to authorize air strikes when there was a chance of significant "collateral damage" – or civilians being killed.

The official said Trump may operate under a different standard.

“We will reinforce old alliances and form new ones and unite the civilized world against radical Islamic terrorism, which we will eradicate completely from the face of the Earth,” Trump said minutes after taking the oath of office on Friday.

As ABC News has reported, al-Baghdadi has been assessed by senior military intelligence analysts for the past few months of being hunkered down in Iraq's second-largest city, Mosul, occupied by ISIS since June 2014 and the scene of his only appearance ever on video, delivering a sermon that summer from a mosque's pulpit against the West and proclaiming himself caliph, the leader of all Muslims.

Even with Iraqi government special forces units retaking eastern Mosul since the fall in a slow campaign backed by the United States, al-Baghdadi is believed not to have fled to the de facto ISIS capital of Raqqa in Syria, counterterrorism officials told ABC News this week.

Killing the No. 1 "high-value target" on the U.S. kill list has been a top priority for Obama but accomplishing that in a densely-populated city of an estimated 1 million or more civilians was a challenge that seems to have eluded the outgoing president.

Trump may be less hesitant than Obama to launch a strike in Mosul if intelligence operatives pinpoint al-Baghdadi's lair, in the view of many hopeful counterterrorism officials, who say they are eager to exterminate a terrorist who oversaw the butchering of tens of thousands including American and western hostages beheaded on video.

"Lawyers are lawyers," the official said.

Seamus Hughes, a former National Counter-Terrorism Center official and adviser to former Sen. Joseph Lieberman (I-Ct.), agreed but said the Obama National Security Council inside the White House had an complex process for approving strikes against terrorist commanders despite its record of eliminating many top leaders.

"Trump is probably more likely to make decisions quicker when it comes to military actions, whereas the Obama NSC has been much more deliberative," said Hughes, now the deputy director of the Program on Extremism.

In a number of major special operations aimed at killing top leaders of terrorist groups or raids to free American hostages of terrorists, some career officials have said Obama's team waited too long and missed opportunities.

The White House has consistently denied such charges.

Al-Qaeda remains a threat to the U.S. as well, and its leader Ayman al-Zawahiri, who succeeded Osama Bin Laden after Obama sent Navy SEALs and Army Nightstalker special operations aviators to kill him inside Pakistan in 2011, has long been suspected by the CIA of living not in a remote mountain hideout but in a populated urban area. His move to an urban area may have occurred after a 2006 drone strike in Bajaur, Pakistan narrowly missed killing al-Zawahiri, as ABC News reported exclusively at the time.

Al-Zawahiri has issued dozens of video and audio speeches since then, including as recently as this week.