No one injured following gas line explosion in North Texas 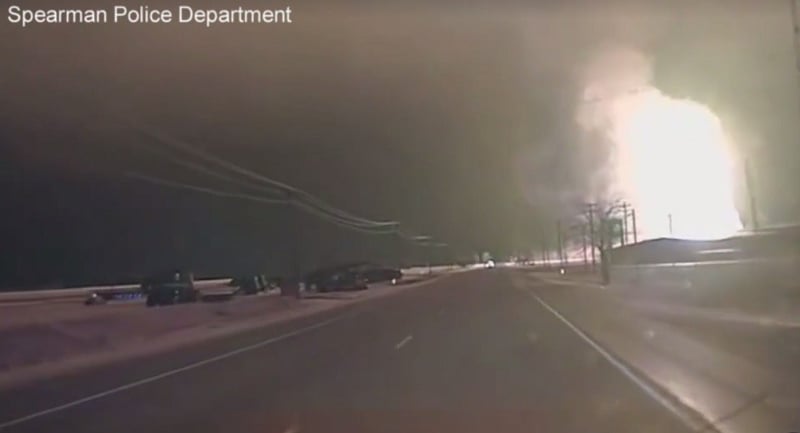 No one was injured following a gas line explosion just outside of Spearman, Texas Monday night.

The explosion happened in an open field about a quarter mile south of County Road W on TH 207 just before 11 p.m. Monday night, causing a fire to ignite, according to the Spearman Police Department. The explosion caused a sonic boom that rattled windows in Spearman. Flames shot up about 100 feet into the air. The fire burned for less than two hours after the initial explosion before it was called under control.

The cause of the explosion is being investigated by DCP Energy, who is the owner/operator of the pipeline. According to Spearman Police Chief Lance Swan, DCP aid they would wait until all residual gas had burned out of the line before going in to thoroughly investigate the cause.

In the Tuesday morning hours, small flames could still be seen burning deep in the hole that was caused by the explosion. Those flames were "pretty well" extinguished by about 11 a.m. on Tuesday, Swan said.

Swan said no injuries were reported and there was no damage, except to the pipeline and surrounding pasture.