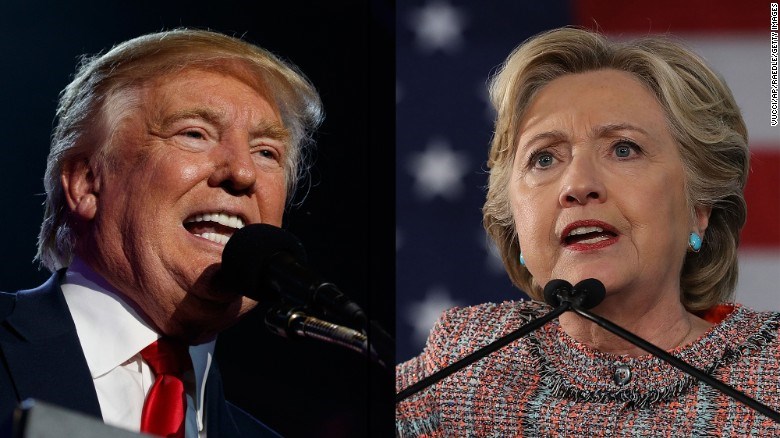 Hundreds of onlookers watched as Trump, his wife Melania, daughter Ivanka, and son-in-law Jared arrived Tuesday morning at their polling place at a public school on Manhattan's East Side.

Trump said: "it's a great honor, a tremendous honor" to be casting his ballot.

As for his longstanding concerns about voter fraud, he says. "We're always concerned about that."

His final message to voters: "Make America great again. That's all it is. That's what it's all about."

Hillary and Bill Clinton are voting in their hometown of Chappaqua New York.

The Clintons greeted supporters waiting outside the polling place after casting their ballots Tuesday morning.
Hillary Clinton said it was "the most humbling feeling" to vote "because so many people are counting on the outcome of this election."

Bill Clinton said he's eager to be a political spouse, joking that he had "15 years of practice."