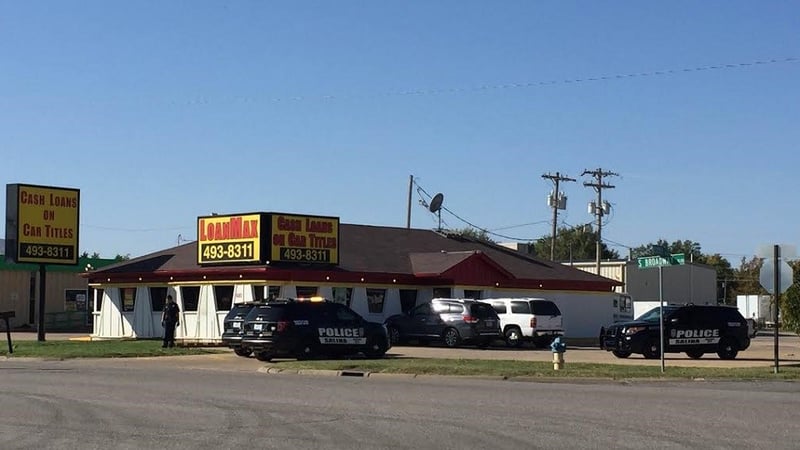 Police have taken a man into custody after he allegedly fired shots into a Salina business late Wednesday morning.

Sgt. Mike Miller told the Salina Post that shots were fired at around 10:40 a.m. into LoanMax Title Loans at 600 South Broadway. The suspect, identified as Michael Hoover, then left the scene.

Hoover was arrested near State Street and Old Highway 40. Miller said a handgun was located in Hoover’s vehicle.

Two employees inside the business were not injured in the shooting.

Further details were not provided.