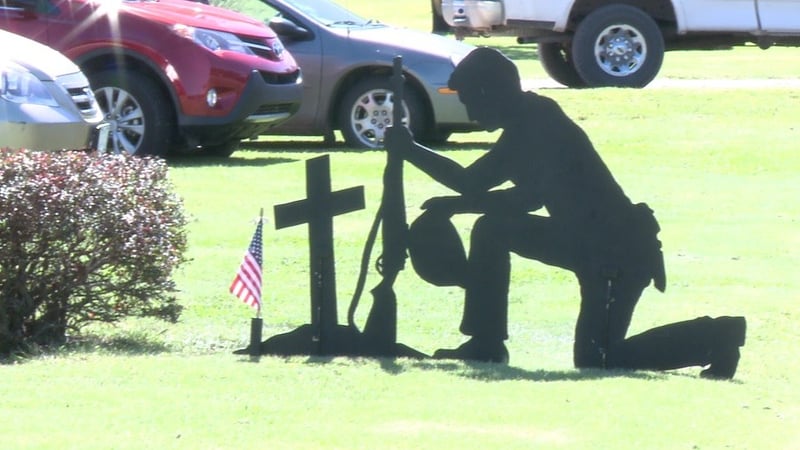 Deana Klenda has waited more than half a century for this moment. The day she could properly bury her brother Major Dean Klenda. He was killed September 17,1965 while flying over Vietnam. His aircraft was hit by ground fire, he ejected but his parachute never opened.

"I could barely hear her voice and it was just very... they found him they, found him and she was just in tears and ecstatic," said Galvin Peters.

Peters is named after his uncle , he traveled in place of his mother to Hawaii to  bring Major Klenda home to Pilsen, Kansas.

"She definitely was frustrated at times," said Peters. "And I'm sure she shared the same frustrations as the men and women that were digging because... It literally to see the photos of where they were digging it was beyond a needle and a hay stack."

It's been a long journey to this day Major Klenda's remains were discovered in 2014,  but wasn't clearly identified until recently by Thomas Holland with the National League.

"The discovery yielded some dental remains from Dean Klenda," said Holland.  "Not only have I known the family, but also being the last identification that I signed just meant enough to me that I had to come."

"As long as I've been alive every thing with Dean  has been pushing to this moment," said Peters. " Its been 51 years for my mom so for her to be able... I hope she sleeps extremely well tonight."

Nearly 100 members from the American Legion Riders from across Kansas attended the service along with McConnell Air Force servicemen to support the family.