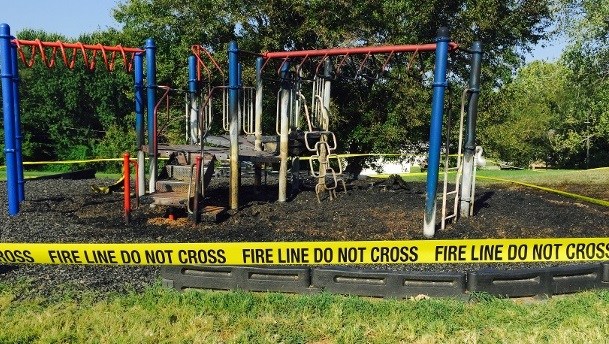 Police in Kansas City, Kansas, are trying to solve who set fire on a school playground, damaging tens of thousands of dollars of equipment.

KMBC-TV reports that equipment including slides and climbing structures at Stony Point North Elementary School was burned over the weekend.

As the investigation continues, the school is trying to raise the estimated $50,000 it will take to replace the playground.

There was no immediate word Monday about any arrests or charges.