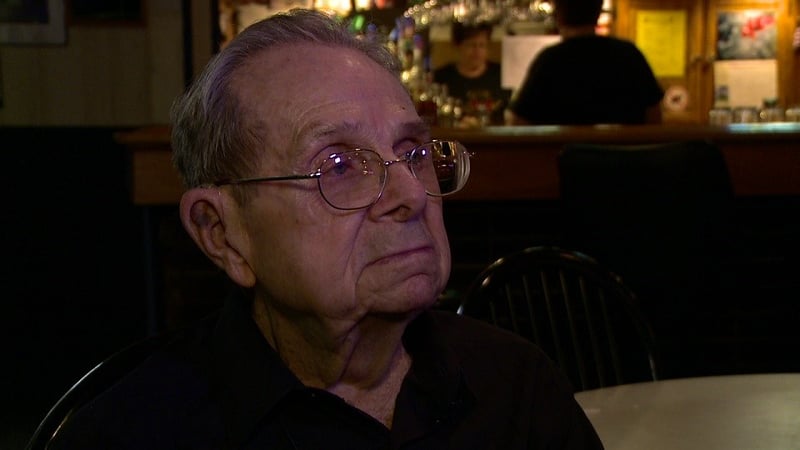 Monday marks the 72nd anniversary of D-Day, when U.S. troops stormed the shores of Normandy during World War II.

Rose Hill native and WWII veteran Hubert Cox planned to make the trip back to France in a few years for the 75th anniversary, but because of his wife's declining health, he can't.

So friends threw him a party today to honor his service.

At 90 years old memories of his time in the army are still vivid seven decades later.

Cox came in on a boat on June 6,1944 carrying the first group of soldiers to arrive on the coast of France.

It turned out to be the largest seaborne invasion in history.

"I wasn't the only one," Cox said. "There were millions of GI's just like me."

He was just 19 then and was drafted before he even graduated high school.

"He went in without a gun, he went in with his whole objective was just to help people and that's what he did for several hours until he was shot," said Carole George of Derby Health and Rehab.

Cox was wounded in his right shoulder. It's that injury -- and the many tragedies he witnessed on Omaha Beach -- that still bring him pain.

"I try to not remember stuff like that," he said.

"He says I've never been to hell, but I think that's as close as I'll ever be," George said.

Cox and thousands of others put their lives on the line, contributing to a victory that led to Germany's surrender less than a year later. As years continue to pass, Cox worries the sacrifices made are slowly being forgotten.

"He was telling this story to my children, and he didn't think the younger generation really appreciated all he had done. I told him that yes we did and he said well it just doesn't seem like it anymore," George said.

So special events like this party help to assure Cox that both people who were alive back then and people who have been born since are grateful for his service.

Of the 16 million Americans who served in World War II, just around a million are still alive today.