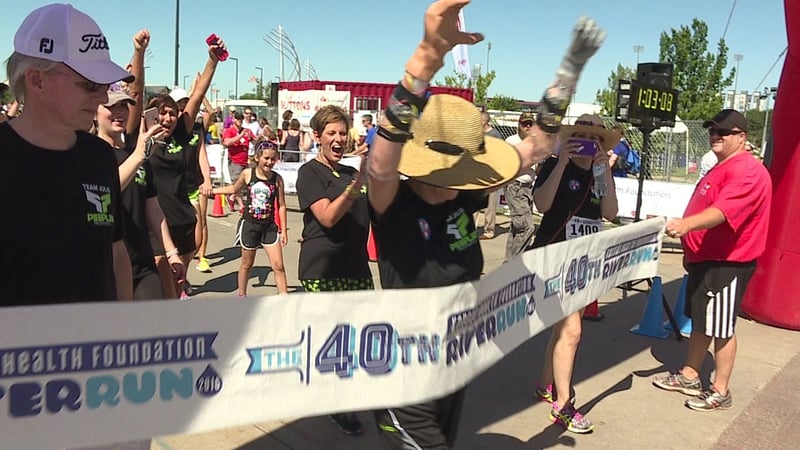 While many finished the race, none had a background quite like hers. She was shot - nearly killed - after a robbery at an area AT&T store in Derby back on August 11, 2015. The injuries were so bad that both of her arms and legs had to be amputated.

Dombo had ran 25 of the River Run marathons, on Saturday, she completed her 26.

"Wasn't a doubt in my mind I wouldn't make it," Dombo said.

Onlookers said that she is an inspiration and a hero.

"I think it is an encouragement to all of us, that when we have the motivation to succeed, we can," said Valerie Brashears.

"From her perspective, she came back from a very serious trauma and I think it is really inspirational," said Blanca Ward/Onlooker.

It took slightly over an hour for Dombo to compete the race. A large crowd waited for her to cross and erupted in cheers as she broke through the finish line tape.