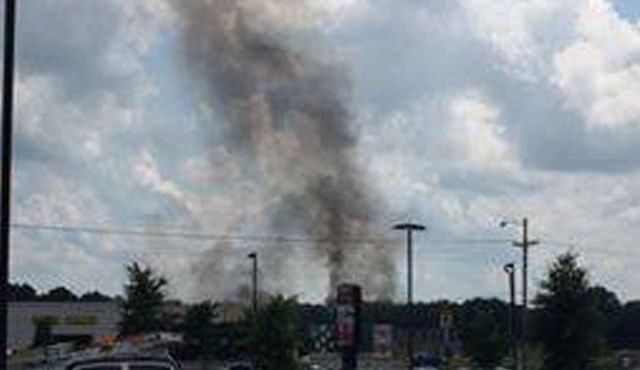 A U.S. official says the pilot of a Blue Angels jet did not eject when the aircraft crashed in Tennessee, and was killed.

Harry Gill, the town manager in Smyrna just outside Nashville, said Thursday that the pilot was the only casualty. Some power outages were caused by the crash, but no civilians were hurt.

A U.S. official says the pilot was identified as Marine Capt. Jeff Kuss. The official was not authorized to discuss the matter publicly and spoke on condition of anonymity.

The Navy says the pilot was beginning to take off during an afternoon practice session when the crash happened. Five other F/A-18 jets landed safely moments later.

The Navy says it is investigating.

At least one person was killed Thursday when a Navy Blue Angel jet crashed in suburban Nashville. It happened not long after an Air Force Thunderbird crashed in Colorado.

Nashville ABC affiliate WKRN reported the death occurred while a Blue Angel F/A 18 practiced for a weekend air show in Smyrna, Tennessee. There was no immediate word on the name of the victim.

A White House spokesman said Thursday the pilot of an Air Force Thunderbird escaped unharmed, after crashing at the end of a commencement ceremony.

The spokesman says President Obama, who spoke at the Air Force Academy ceremony, thanked the pilot for his service.

An Air Force Thunderbird jet crashed south of Colorado Springs just after a flyover for a graduation of Air Force Academy cadets where President Barack Obama had spoken.

Air Force spokeswoman Lt. Col. Michal Kloeffler-Howard said Thursday the pilot ejected. There was no information on the pilot's condition. No injuries on the ground were reported.

Obama was still at the graduation site at the time of the crash, taking photos with attendees prior to returning to Washington. The crash happened about 15 miles south of the academy.