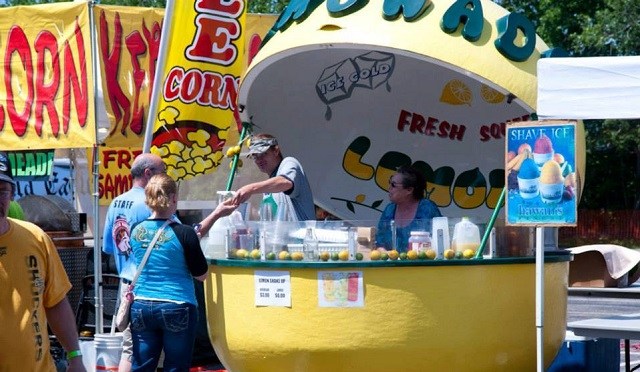 Mary Ann Wells says that at some point Thursday evening, thieves broke into her storage lot near 25th and Broadway and stole her lemonade stand.

"They unscrewed the wheels off of this down here on both sides and that's how they made access into the lot," Wells said.

This stand, however, was not your average lemonade stand.

"It stands out like a sore thumb. It's big and yellow and there's no way to disguise that lemon."

According to Wells, this large lemon is quite rare.

"Everybody loves it. There's only two here in the city, and there's only six nationwide."

Wells has been in the concession business for more than thirty years, but says this is by far the biggest and most troubling loss she has dealt with.

This theft comes after a string of food truck robberies on north Broadway in recent weeks. Wells hope is that the businesses in the area can work as a team to stop these incidents before things get worse.

If you have any information regarding the stand's whereabouts or the theft, you are asked to contact police or reach out directly to Mary Ann on Facebook.