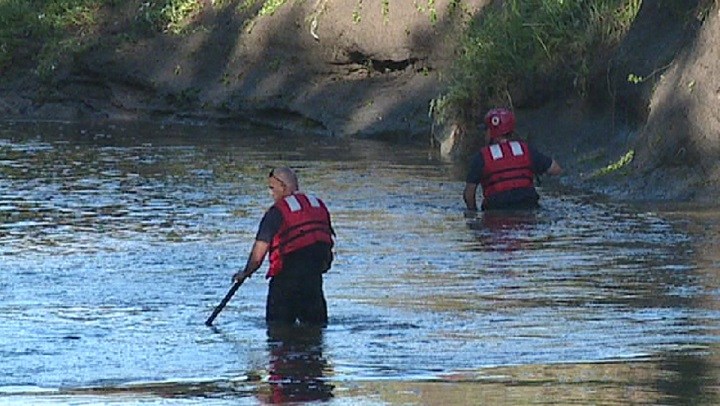 Search crews are still searching for a 11-year-old boy who was reportedly swept away in a flooded creek. Crews say that the mission to locate the boy is now a body recovery mission.

The incident happened on Friday, May 27, 2016 sometime after 7:00 p.m. At the time the south side of Wichita was dealing with flooding after a rainstorm.

The boy was reportedly trying to get across a swollen stream in to the east of Hillside between Pawnee and and 31st St. South.

Crews spend the night searching for the boy until it became unsafe. The search resumed early Saturday morning.

"There is nothing worse that can happen, than looking for someone's child, that is as worse as it gets," said Battalion Chief Scott Brown  of the Wichita Fire Department.

Chief Brown says the search will be continued as long as possible on Saturday. He cited the only reason they will suspend the search is because of safety concerns.

Crews searched the area extensively where the boy was last seen above water and then for approximately three-quarters of a mile down stream.

"We are going through everything, deep, shallow, on the bank, the trees we are leaving no stone un-turned," Chief Brown said

As of 6:30 p.m. on Saturday, May 28, the search had turned up no sign of the boy and search crews were going to start searching the area all over again.

Earlier in the day, crews searched the waters, combing through every crevasse of the stream bed. Cadaver dogs and air planes were also brought into help locate the boy.

Family of the boy tell KAKE News that they are asking for prayers and good thoughts for their family as they deal with this accident.

Michael Cooley, who says he is a great uncle of the 11-year-old, says that he is thankful for the search crews. He says that they will have family at the scene until there is some type of resolution to the situation.

Residents in the area say that the creek was very swollen at the time the boy was being swept downstream.

"My heart breaks for the family, I just wish that they could find him," said Melissa Kemp who lives nearby.

"We just pray for the family, that they find them quickly and that the family can get closure on this," said Ann Kemp who also lives in the area.

KAKE News is tracking this story and will update with more information as it becomes available.